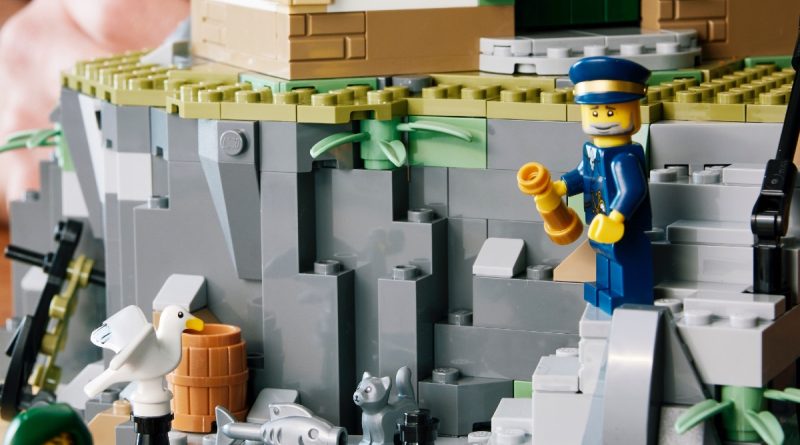 As we barrel towards 2023 at what feels like unprecedented speed, we’ve now got a better picture of the entire LEGO Ideas slate for 2022 – and there may still be a set to come.

If recent rumours turn out to be true, seven mainline LEGO Ideas sets will have arrived on shelves in 2022. That’s one more than the current record of six sets in a calendar year, which was only set in 2021. The total number of sets released under the LEGO Ideas banner in a single year will be equalled, meanwhile, with one gift-with-purchase in 2022 (compared to two in 2021).

Check out an overview of every LEGO Ideas set confirmed and rumoured for 2022 below, and scroll down for a closer look at every set that has yet to hit shelves.

The next LEGO Ideas set to hit shelves will be 21335 Motorised Lighthouse, based on a design by Sandro Quattrini. Much has changed from that original concept on its journey to store shelves – including a shift from microscale to minifigure-scale – but the final model still looks just as impressive. It’s carrying a high price tag for those motorised components, though…

LEGO Ideas’ most minifigure-heavy set to date continues its sitcom subtheme, which began with 21302 The Big Bang Theory and has since encompassed 21319 Central Perk and 21328 Seinfeld. You’ll find all 15 of the show’s original main characters in the box, along with an avalanche of nods, references and deep cuts from one of the US’s most successful sitcoms.

The final LEGO Ideas set said to be arriving in 2022 is Donát Fehévári’s Foosball Table, which was originally announced all the way back at LEGO CON in 2021. Current rumours suggest it will retail for $349.99, equal only to 21323 Grand Piano in the entire Ideas line-up, and will launch on November 1. Nothing is confirmed at this stage, though, so take it with a grain of salt.