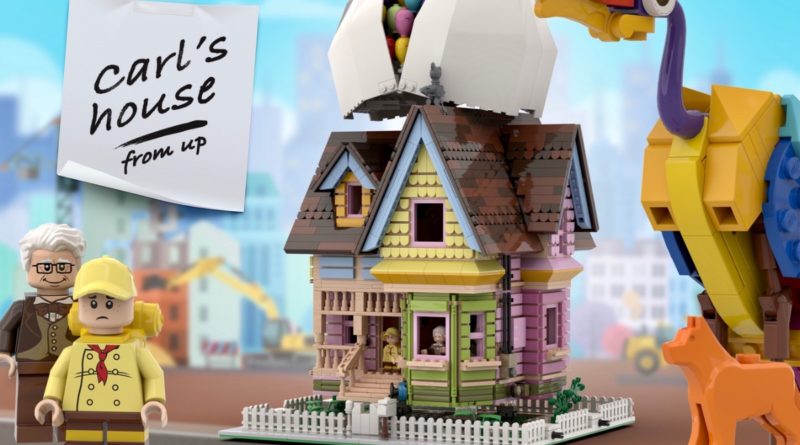 Another LEGO Ideas project based on Disney Pixar’s Up has secured enough support to reach the review stage, and could one day take flight as an official set.

Just like the last Up project to successfully crack 10,000 votes – ‘House from Up’ by bramant1 – Yang Yang’s pitch focuses entirely on Carl’s house (in contrast to proposals that have concentrated on the blimp, or the waterfalls, and faltered early on).

This version is proportioned a little more accurately than that previous model, while still keeping the same vibrant colour scheme. Rather than building out all the balloons that carry Carl’s home into the sky, it also uses two enormous dome pieces to portray the moment when those balloons first burst out.

Yang Yang’s design adopts the now-familiar modular building format, situated across a 32×32 baseplate with removable floors and detailed interiors. The entire house is also able to be lifted off its base, though given its size we can’t imagine many young fans swooshing it confidently around the living room.

The fate of Carl’s House now lies with the LEGO Ideas team. The original 10K submission based on Up from bramant1 was rejected in the second 2020 review, but as the Ideas team has previously revealed, getting the green light is all about timing – so don’t write off Yang Yang’s project just yet.