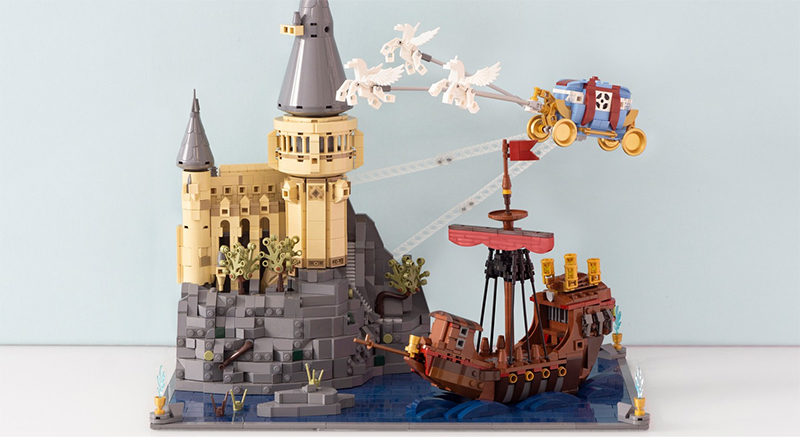 LEGO Ideas has announced the winner of the Harry Potter contest, with a massive 75978 Diagon Alley prize package heading to them now.

Three prizes have been awarded in the recent LEGO Ideas contest focused on Harry Potter, with nkolbeck taking first place for a diorama showcasing the reunion of the wizarding schools. The competition required fans to build theor favourite ‘return to Hogwarts’ scene using LEGO bricks.

“This is a model that scored really high across all the different criteria! We were so impressed and immediately fell in love with the detailing of the Beauxbatons Carriage and the Durmstrang ship (without ignoring, of course, the beautiful Hogwarts portion!),” the judging panel declared.

Second place went to Harry´s First Year at Hogwarts by carloslc13, while third place was awarded to Memories of Home by Jcreations912.

This is the full prize package that the winner will receive: