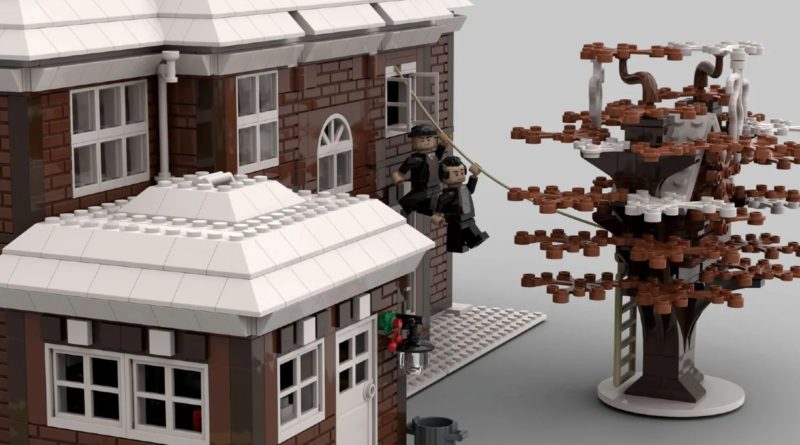 A rumoured description for the build of the upcoming LEGO Ideas Home Alone set has surfaced, potentially detailing inclusions besides the house.

The LEGO Ideas Home Alone reports have continued with the latest from Instagram user lego_club_news’ story. According to them, the main model will be depicting the home of the McAllister family as the original project proposed with four opening panels at the back to access an interior. This suggests that the creation will not be a facade.

Previously, the Instagram user has reported that the upcoming Ideas build would be the largest yet for the theme. However, some of that piece count is now rumoured to go towards an included treehouse for Kevin to make his escape to. Note that the featured image above is only of the fan design and not the final set.

The walls of the house are said to be removable with the structure being fully enclosed. No specifics are given regarding the interior other than the mention of the creation being ‘very big’ and featuring lots of details. Two sticker sheets are reportedly included.

Rounding out the rumour, the box art for the upcoming LEGO Ideas Home Alone model was described as being big and black, fitting the design of 18+ LEGO for Adults sets in the Ideas theme and beyond, indicating that 21330 Home Alone may fall under the same banner.

Nothing has been officially confirmed regarding the LEGO Ideas Home Alone set other than the announcement of its eventual release. As such, take any rumours you read with caution until the LEGO Group makes an official announcement. What has been confirmed is two more Ideas models that are now in development, with another still being considered out of the recent review.