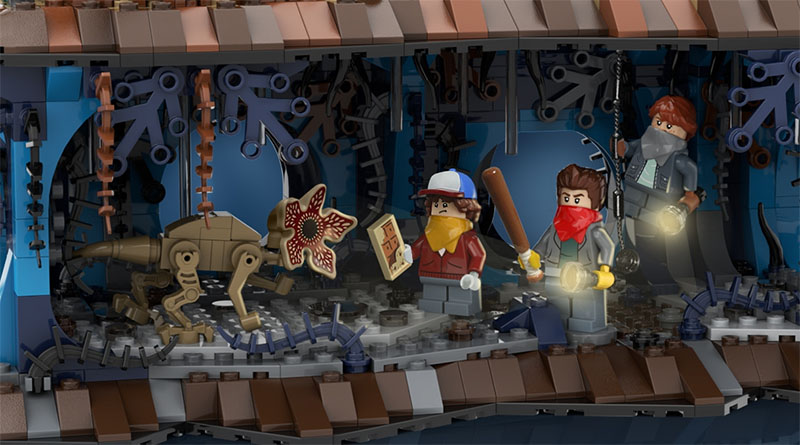 The winner of the LEGO Ideas Stranger Things contest has been announced.

LEGO Ideas asked fans to build something ‘Iconically Stranger Things’ to celebrate the launch of Stranger Things Season 3 and 75180 The Upside Down (review). 285 submissions were entered in the contest, with the judges narrowing them down to three prize winners.

The grand prize bundle – made up of LEGO Stranger Things 75180 The Upside Down (review), $300 at shop.LEGO.com and Stranger Things merchandise – went to MartiMovi, who recreated the Season 2 scene in which the gang head down into the tunnels of the Upside Down. The build eerily recreates the moment from the show, successfully depicting the creepy tunnel while still presenting it in an appealing way.

Ragaru and saabfan were the runner-up winners, with Demorgon Figure and The Gang on Bikes, respectively.

Barb was announced yesterday as an exclusive minifigure for this year’s San Diego Comic Con event.

Season 3 is streaming on Netflix now. Senior Model Designer Justin Ramsden teased that the LEGO set includes some Season 3 references, so fans will be keen to watch out for what they are.