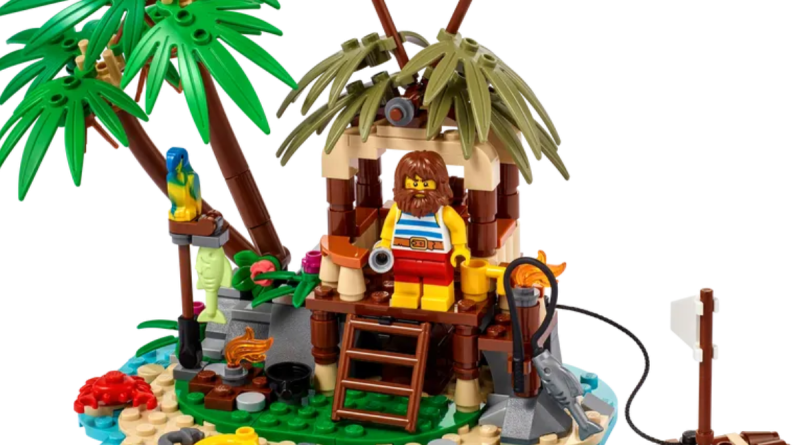 You’ll need to be quick if you want to pick up 40566 Ray the Castaway, with the LEGO Ideas GWP promotional set only available until tomorrow.

As a week of double VIP points and multiple gift-with-purchase sets continues, many promotional items are running out of stock on LEGO.com. However, you can still bag a number of freebies if you’re quick and manage to hit the relevant spending thresholds.

As we start to head towards the latter half of the week, a number of the October GWP set deals will soon be ending. The first of these is 40566 Ray the Castaway, with the 239-piece LEGO Ideas build still available to those who spend at least £120 / €120 online and in LEGO Stores. The GWP set is already out of stock in the US, but currently available on both the official UK and Europe online stores.

The 40566 Ray the Castaway GWP deal is due to end tomorrow, October 13, so there isn’t much time left if you’ve been thinking of adding it to your LEGO shopping haul. Although the LEGO Ideas set has now left the US store, NINJAGO spends over $40 will get you 30593 Lloyd Suit Mech until October 15 and VIP members making purchases over $50 can still grab 40513 Halloween VIP Add On Pack until October 31.

As the current crop of LEGO GWP deals begin to wind down, more items are already on the horizon. 40562 Mystic Witch arrives as a free Creator 3-in-1 set with purchases over £100 / $100 / €100 from October 14 to October 31. It also looks likely that both the recently-revealed 40514 Winter Wonderland VIP Add On Pack and 40512 Fun and Funky VIP Add On Pack will be appearing at some point in the future, although there’s no specific information regarding release dates or spending requirements for either GWP set just yet.