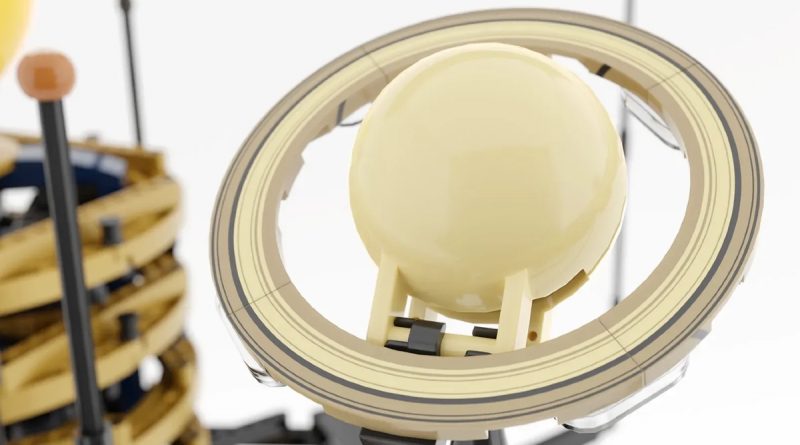 Hot on the heels of Thomas Carlier’s Ratatouille: Let’s Open The Doors – which is the builder’s third attempt at getting his Pixar-inspired build on to shelves – comes the Clockwork Solar System, as the 44th project in the second LEGO Ideas 2022 review. The mechanical model originally cracked 10,000 votes in October last year, joining the longlist of builds in the third 2021 review.

Unfortunately for Waller – the builder behind 21328 Seinfeld and 21108 Ghostbusters Ecto-1 – and Orchard, it didn’t get the green light when the results of that review were announced earlier this year. But timing is everything on LEGO Ideas, and so the dynamic duo re-uploaded their submission on July 13 – and it’s already racked up enough votes to reach the review stage for a second time.

“We both believe strongly that this model would be a great addition to the LEGO product line, and as such we have resubmitted this idea to be considered again,” the builders explained on the project page. Unlike Carlier’s revised Ratatouille designs, nothing about the Clockwork Solar System has changed since the first time round: the orbital timing of its planets is still ‘99.8% accurate’, and there’s a battery box and motor in the base.

“At just under 3000 pieces, the Clockwork Solar System would be an exciting, informative and ultimately rewarding build for those who love Creator Expert or Technic themes, as well as lovers of astronomy, science and engineering,” Waller and Orchard wrote last year.

Given the clockwork model has taken roughly a month to reach 10K on both occasions, it seems there’s definitely an appetite out there to see it come to life on shelves. Whether it does is up to the LEGO Ideas review board, though, who will have to weigh it up against at least 43 other projects in the second 2022 review. Here’s the complete list of builds in contention so far:

Support the work that Brick Fanatics does by purchasing your LEGO through our affiliate links. Thank you.