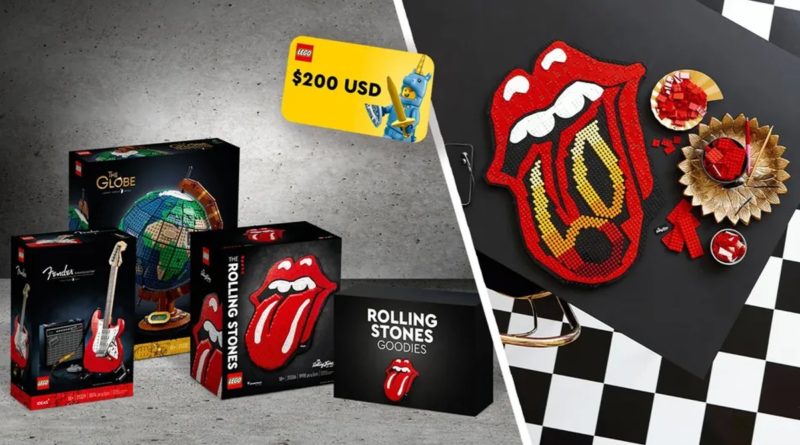 The LEGO Ideas team has announced the winners of the Rolling Stones contest, which consisted of entries inspired by the band’s songs.

Earlier this year, a contest was launched on LEGO Ideas to help promote 31206 The Rolling Stones, asking users to commemorate their favourite songs in bricks, as long as they don’t go against the LEGO Ideas guidelines.

The runners-up included two models. These were 2,000 Light Years from Home by Baron von Brunk and The Black Rose by Woomy World. Each of them has won 31206 The Rolling Stones, 21329 Fender Stratocaster and The Rolling Stones prize package.

With this announcement, another contest has finished on LEGO Ideas but there’s no shortage of competitions to get involved with on the platform with a variety of 90th-anniversary events to enter and one for making a poster for 21334 Jazz Quartet.