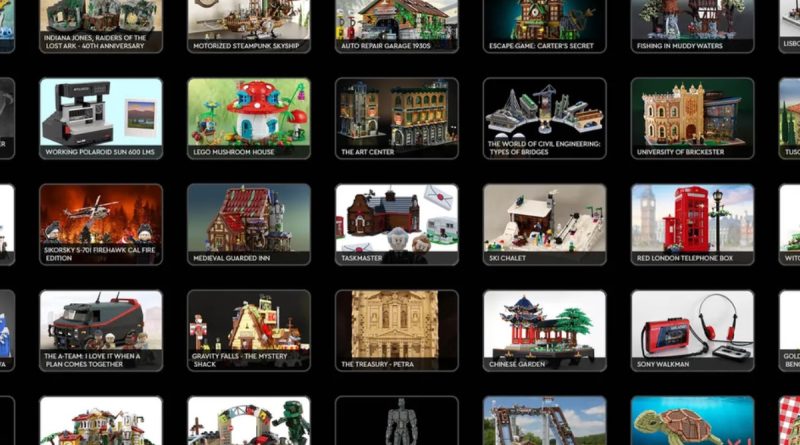 The qualifying window for the second LEGO Ideas 2022 review has closed, with a total 51 projects making the cut – or just shy of a new record for the crowdsourcing platform.

While momentum earlier in the summer suggested this window could smash the record set by the first 2021 review – which saw an incredible 57 projects going toe-to-toe – it ultimately wasn’t meant to be, as the second 2022 review has fallen just short of the record. Fifty-one projects is still a huge number for the LEGO Ideas review board to sift through, though.

Among those are multiple builds that we’ve already seen at least once before on LEGO Ideas, including The Nightmare Before Christmas (which just squeezed through as the window closed last night), Clockwork Solar System and Greek Temple. Elsewhere, this is the third time Thomas Carlier’s Ratatouille: Let’s Open The Doors has racked up 10,000 votes, suggesting sustained demand for a LEGO model based on the Pixar movie.

Whether that will translate into a green light for any of those sets to move into production remains to be seen, but fingers crossed this review at least sees more than one project moving forward: from the 57 builds in the first 2021 review, only one was approved by the LEGO Ideas review board. Check out a full gallery of all 51 builds below, followed by links to find out more about each project.

The results of this LEGO Ideas review will be announced in early 2023. We’re still waiting on the outcome of the first 2022 review in the meantime, which will likely be revealed in October. Click here for a complete picture of the current LEGO Ideas production slate, which extends to six more sets beyond those already announced/released.

If you’re after a more immediate LEGO Ideas fix, 21335 Motorised Lighthouse has just landed in stores, while 21336 The Office arrives on October 1.