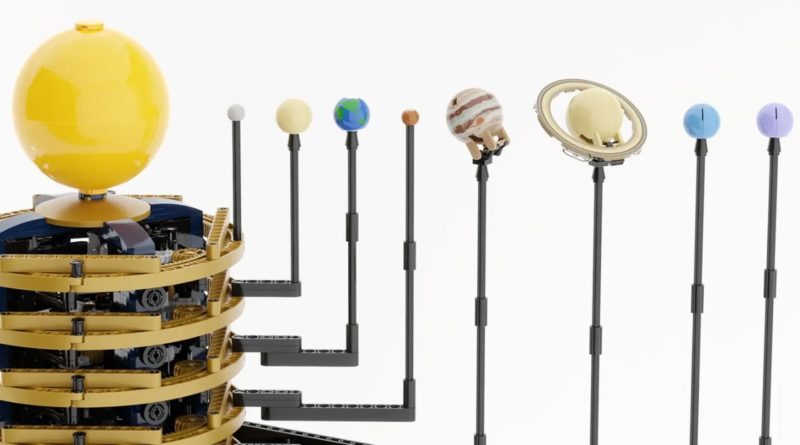 The fan designer behind LEGO Ideas 21328 Seinfeld has once again cracked the magic 10K with a collaborative Clockwork Solar System build.

Brent Waller partnered with fellow Brisbricks LEGO User Group member Chris Orchard to bring the 3,000-piece model to life over 16 months, before Chris submitted it to LEGO Ideas in early September. It’s since taken just under a month to rack up the necessary supporters to reach the review stage, and joins a growing list of projects in the third 2021 review.

The mechanical model features all eight planets in our solar system, recreated in proportion to one another, all circling in orbit. Perhaps the most impressive feature of the Clockwork Solar System is how each planet’s orbital timing is almost exact (the builders say it’s ‘over 99.8% accurate’) relative to the others.

There’s also a motor and battery box in the base, allowing for full motorisation of the build, which stands 52cm tall, 44cm wide and 56cm long. A full 76cm is required for the full rotation of the planets, so if Brent and Chris’s build does get the green light to become an official set, you’re going to need plenty of room to pop it on display.