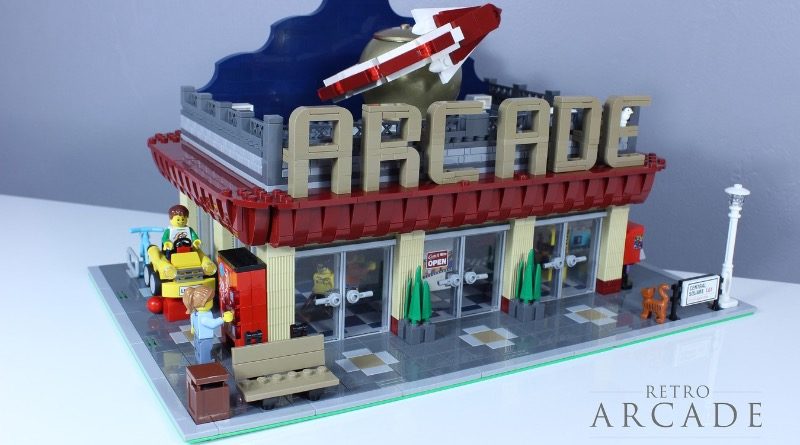 A retro arcade project has reached the review stage on LEGO Ideas, proving that tapping into nostalgia is basically a guaranteed recipe for success.

British builder Richard Dane’s Retro Arcade rocketed to 10,000 votes in just over two months, and is now in the hands of the LEGO Ideas team. The 1,849-piece model matches the design standards of the Modular Buildings Collection with its tiled pavement and brick-built lettering, but is set over only a single storey.

Just like 10278 Police Station, 10264 Corner Garage and company, though, you’ll find plenty of detail inside – including multiple arcade cabinets, interactive functions (such as a superbike machine operated using an external control knob) and indoor light bricks. You can check out all the moving parts of Richard’s model on his YouTube channel.

The Retro Arcade will now progress to the first 2021 review, joining 42 other models in a list that shows no signs of slowing down – but will it stand a chance against the rest of the projects in contention in this review period?

History tells us that we can’t rule it out: while SpacySmoke’s Sega Classic Arcade Machines was rejected in the first 2017 review and avilabrick’s Modular Arcade followed suit a year later, the former model was included in Ideas’ second-chance poll in 2019, suggesting the LEGO Group is open to the idea of producing a model based on a classic arcade.

For now, here’s the full list of LEGO Ideas projects in the running in this review: