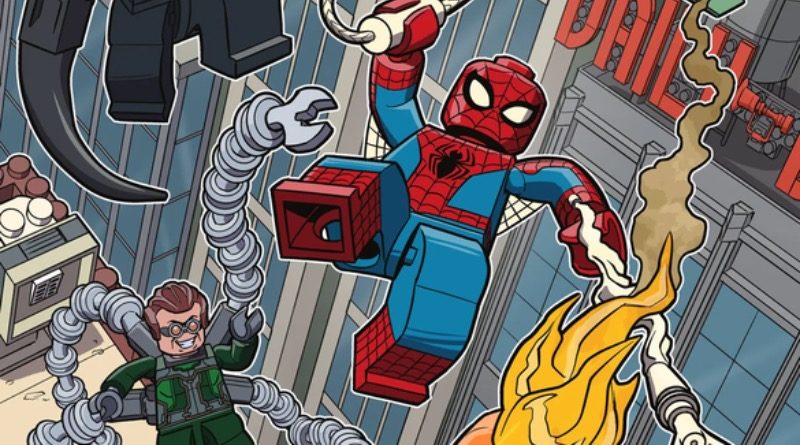 LEGO Ideas has revealed the four winners of its contest to design a Spider-Man comic book cover, with some seriously impressive artistry on display.

The competition was split into two categories, allowing entrants to either build or draw their ideal LEGO Spider-Man comic book. The grand prize winner in the ‘brick’ category is baixoNL’s The Amazing Spider-Man, which takes an incredibly artistic approach to the medium of LEGO elements.

In second place is moccermommy’s Attack of the 50 ft. Mecha-Mysterio, which places a more traditional focus on minifigures to bring its scene to life. The action is anchored around a giant, brick-built Mysterio minifigure, while even the backdrop is built from bricks (you might recognise the modular buildings on either side of the frame).

Both winners in the ‘art’ category feature a suite of familiar villains alongside Spider-Man, but offer very different takes on those Marvel minifigures. Grand prize winner tomrogersart’s The Amazing Spider-Man vs. the Terrifying Trio imagines a colourful action scene in front of 76178 Daily Bugle, while runner-up chainsaw yu’s The War of Daily Bugle Building leans into Spidey’s red-and-blue motif for a high-contrast comic book cover.

Both grand prize winners will take home 76178 Daily Bugle, 76187 Venom, 76199 Carnage and a Spider-Man Premium Format Figure by Sideshow, while the runners-up will each receive a copy of 76178 Daily Bugle.

It’s the largest LEGO Marvel set to date, and is currently available with double VIP points at LEGO.com – so even if you aren’t among these four winners, it’s a good time to pick it up anyway.