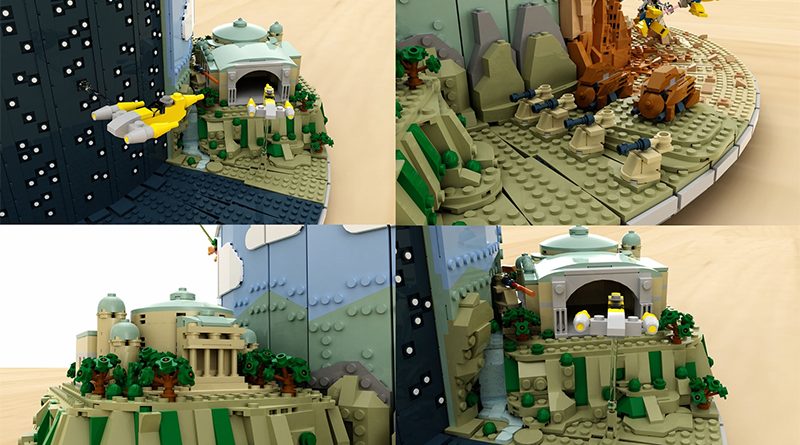 The winner of the LEGO Star Wars Greatest Battles contest has been announced, with the winning entry a beautiful tribute to The Phantom Menace.

It is appropriate that in this 20th anniversary year, of both LEGO Star Wars and The Phantom Menace, that the winning entry in the LEGO Ideas contest depicts all of the key scenes from the first prequel film.

Krakenbrix won an incredible grand prize, that includes one of the rare 4521221 Chrome Gold C-3PO minifigures from 2007 – only 10,000 were given away at the time – along with a bunch of other LEGO Star Wars sets. 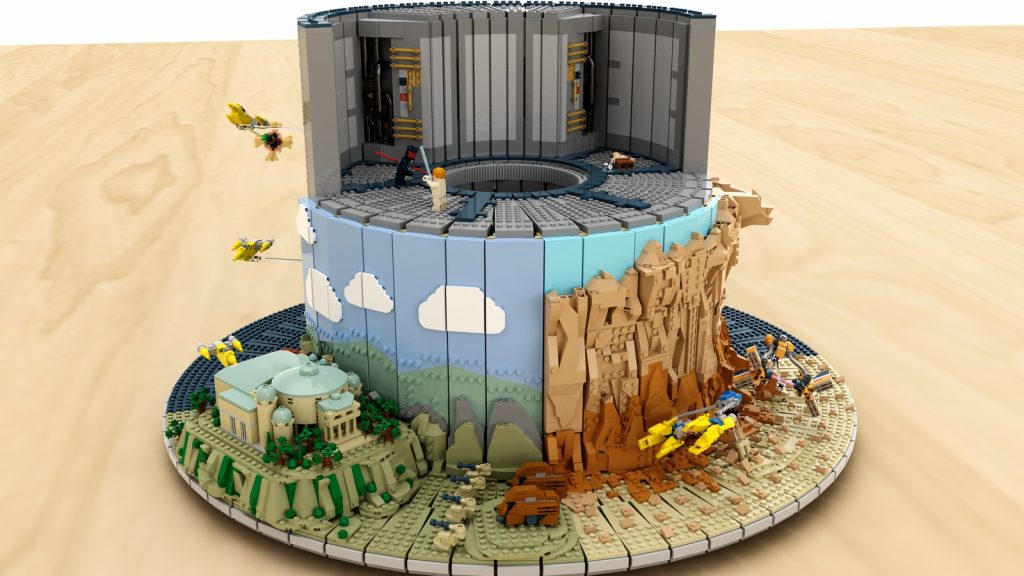 It was a well deserved prize, as the circular build depicts the power generator battle between the Jedi and Darth Maul at the top, with the sides of the cylinder showing core scenes in microscale, including the podrace, the Theed invasion and the space battle. Plenty of clever techniques have been used to make it work in microscale.

For those who are compelled to do some micro building, Brick Fanatics provided instructions for all five LEGO Star Wars 20th anniversary sets as palm-sized models, as well as 75242 Black Ace TIE Interceptor and 75240 Major Vonreg’s TIE Fighter from Star Wars Resistance.