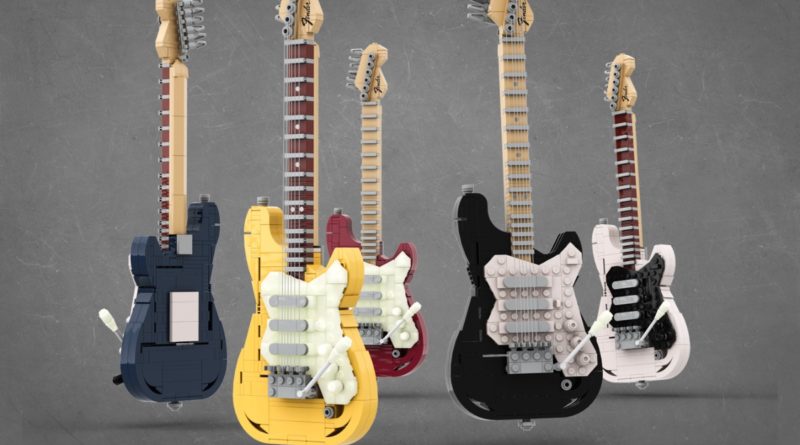 The LEGO Ideas Legendary Stratocaster is rumoured to be launching as soon as next month, filling a slot previously believed to be occupied by Home Alone.

Instagram user 1414falconfan reports that 21329 Black Stratocaster will arrive on September 21 for LEGO VIP members, presumably ahead of a wider launch in October. Previous rumours have attributed that product number (and its price point) to Home Alone, but Alex Storozhuk’s design will now reportedly be numbered 21330.

The expected price tag for 21329 Black Stratocaster is $100, which suggests the LEGO Group has scaled up Tomáš Letenay’s ‘music to our ears’ LEGO Ideas contest entry. His original submission came in at a total of 676 pieces between the guitar, amp and stand, which would be a pretty small part count for that price.

‘Black Stratocaster’ also points squarely to the colour the LEGO Group has selected (presumably in conjunction with Fender), which was still up in the air given Letenay’s original concept included dark red, white, black, yellow and dark blue versions of the instrument.

If these rumours turn out to be true – and remember, nothing is confirmed until the LEGO Group says so – we’ll likely hear more about 21329 Black Stratocaster very soon.