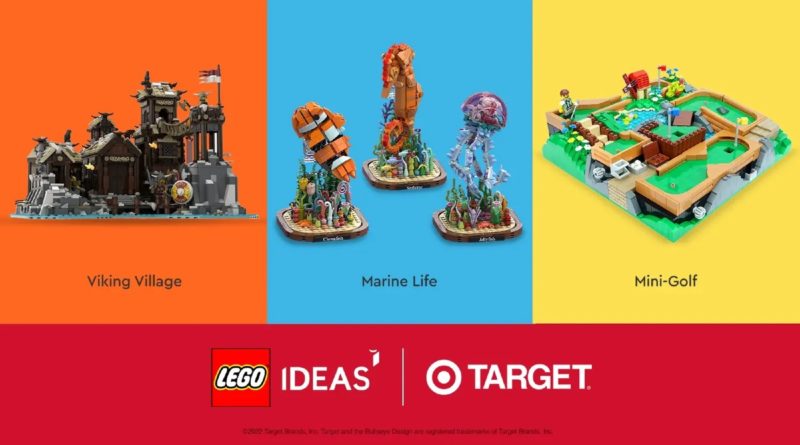 The LEGO Group has revealed the winner of its fan vote to find the next LEGO Ideas set, in partnership with US retailer Target.

The LEGO Ideas team linked up with Target in May to give three rejected LEGO Ideas sets – all of which racked up 10,000 votes to reach the review stage, only to fall at the final hurdle – a second chance at becoming an official product. The trio of projects in contention were BrickHammer’s Viking Village, Brick Dangerous’s Marine Life and LEGOParadise’s Working Mini Golf Course.

A poll hosted through the LEGO Ideas platform gave fans the chance to decide which of the three builds would enter production as an official set, and the results are now in: BrickHammer’s Viking Village has taken pole position by an emphatic margin of 4,742 votes. It means the historic diorama now joins six other sets currently in development under the LEGO Ideas banner, and will one day be available to purchase on store shelves.

Here’s a full breakdown of the votes as they stood when the poll closed:

Given BrickHammer has managed to reach the second LEGO Ideas 2022 review once again with a revised version of his original Viking Village, these results are perhaps not too surprising: there’s clearly significant demand out there for more LEGO Vikings, even beyond this summer’s 31132 Viking Ship and the Midgard Serpent.

“The results of this fan vote once again show the strong desire of the community for products related to some of the LEGO Group’s nostalgic themes, as we’ll see a revival of the old Vikings theme in this set,” the LEGO Ideas team said. “We’re excited to have this opportunity to bring the community something really special.”

For LEGOParadise’s Working Mini Golf Course and Brick Dangerous’s Marine Life, the LEGO Ideas journey ends here – at least this time. As the LEGO Group increasingly finds new ways to give rejected 10K projects a second chance, whether through initiatives like this fan vote or the BrickLink Designer Program, there’s always the potential to see them given another shot further down the line.

As with all confirmed LEGO Ideas projects, there’s no word yet on when the Viking Village will be released. The LEGO Group says it’s ‘working out the final product design, pricing and availability’, but based on the timelines of previous projects, we’re likely to see it arrive on shelves worldwide within the next 12 to 18 months.

For a quicker LEGO Vikings fix, 31132 Viking Ship and the Midgard Serpent is available now. Check out our review of the Creator 3-in-1 set by clicking here.