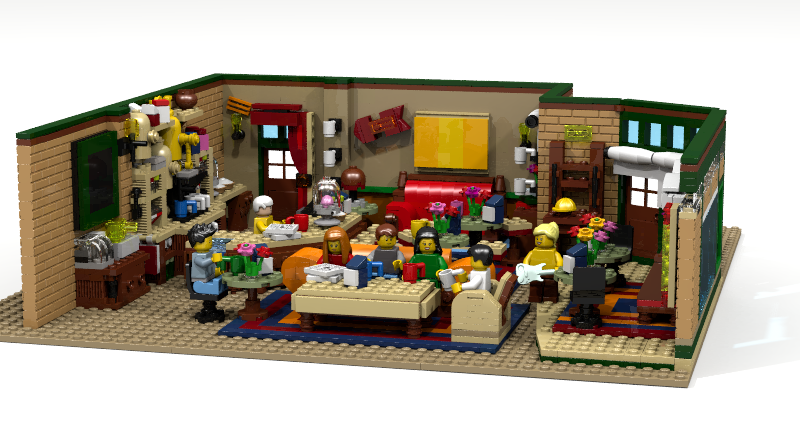 Beloved 1990s sitcom Friends will be getting a LEGO Ideas set based on Central Perk café.

Ross, Rachel, Chandler, Monica, Phoebe and Joey will be joining the LEGO line-up with a new LEGO Ideas set to be released based on Friends – the popular 1990s sitcom. In its heyday, Friends was a pop culture success and has continued to be discovered through repeats and streaming services. It follows the six characters as they contest with relationships, work and New York life.

Aymeric “Mric76” Fievet came up with the product idea that recreates the interior of Central Perk, the coffee shop where the characters regularly meet and hang out. With the project using 1,719 pieces, there is a good chance that it will be reduced in size for the final model. 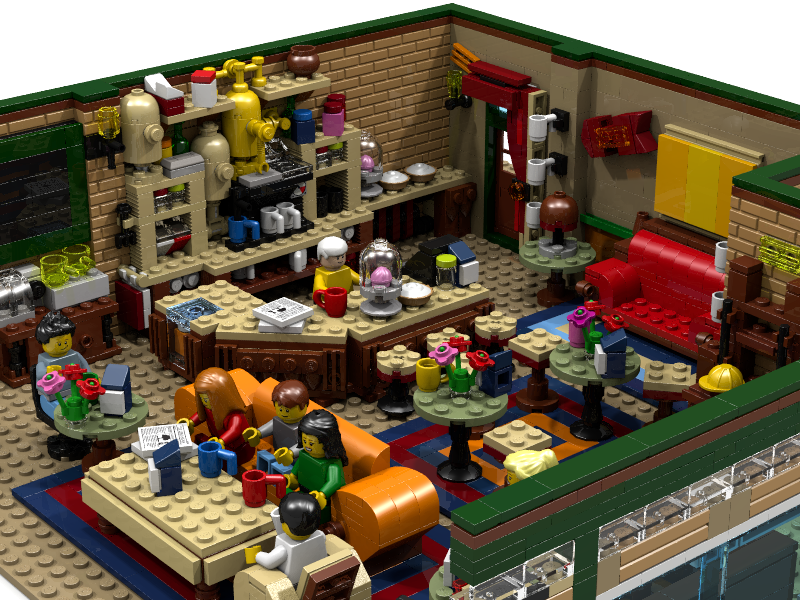 There is a precedent for a studio sitcom getting the LEGO Ideas treatment, with 21302 The Big Bang Theory set released in 2015. It will not be the only project from the second 2018 review period to be released as a LEGO set, with Mickey Mouse Steamboat Willie also confirmed in the announcement.

The announcement comes just two days after the LEGO Group revealed 21316 The Flintstones (review), which will launch on Wednesday.