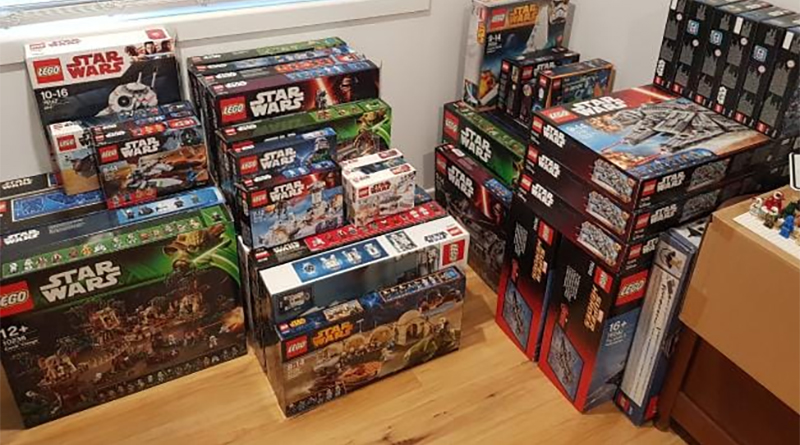 It turns out that not only are LEGO sets worth more than gold, but they can pay for the deposit on a house too.

In one of those stories that come around every few months and emphasise the indisputable benefits of LEGO investing, News reports that an Australian collector in Brisbane paid for he deposit on his house through investing in LEGO sets.

Josh Mangleson from Brisbane first began collecting LEGO sets as a child, which he later realised might have some value.

“In high school before I had my first job I’d try and find ways of making money to buy new LEGO sets. I’d look at buying them online, and I started to see the values on some of my older sets and could hardly believe my eyes. So I started to see my own LEGO collection as a bit of an investment,” he told the website. While he was in his first year of university, Mangleson spent his entire savings on LEGO sets over a 12 month period.

To hear from people who invest in LEGO sets – and get a sense of whether LEGO bricks are really worth more than gold – check out Brick Fanatics Magazine Issue 4.

He sold a total of 250 sets, making a $20,000 profit according to the website – which means he wisely chose sets that would sell for, on average, $300. Half of what he sold were childhood sets, meaning his one-year spending spree saw him buy around 125 sets.

“I think my parents thought I was crazy when I started spending thousands of dollars at a time on LEGO and came home with car boots full of sets. But when I started showing them I was turning a profit they soon became supportive of it,” he said in the interview.

The LEGO investor used the money he made to put down a deposit on a house – and is still a LEGO collector, having held on to some of his personal favourites.