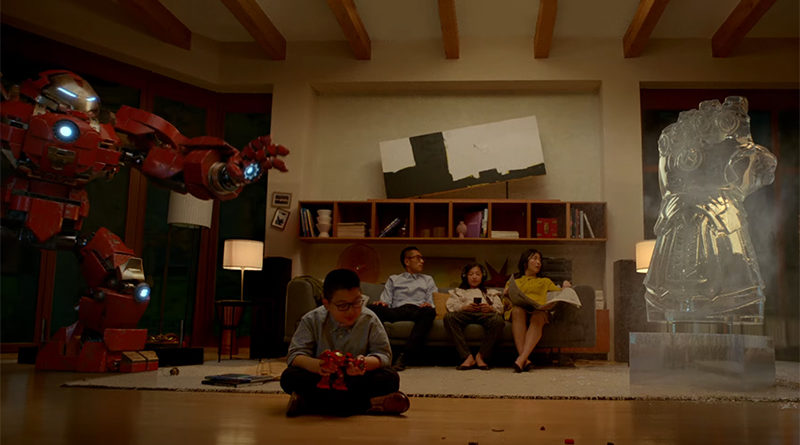 A series of Christmas adverts based on the longer Rebuild the World commercial have been launched, with this one featuring LEGO Iron Man Hulkbuster coming to life.

LEGO Rebuild the World continues to be the company’s overarching marketing campaign, with a new Christmas advert recently revealed that shows children unleashing their imagination to mash up different concepts and topics. In a brief moment, a child is playing with 76164 Iron Man Hulkbuster versus A.I.M. Agent, before the character comes to life and Iron Man is flying across the room.

In this advert, that scene is expanded as the child’s family looks on, confused, as laser blasts fly across the living room.

The child sings the spin on What a Wonderful World from the main advert, declaring: “that’s a pretty ‘ptchyew’ world”.