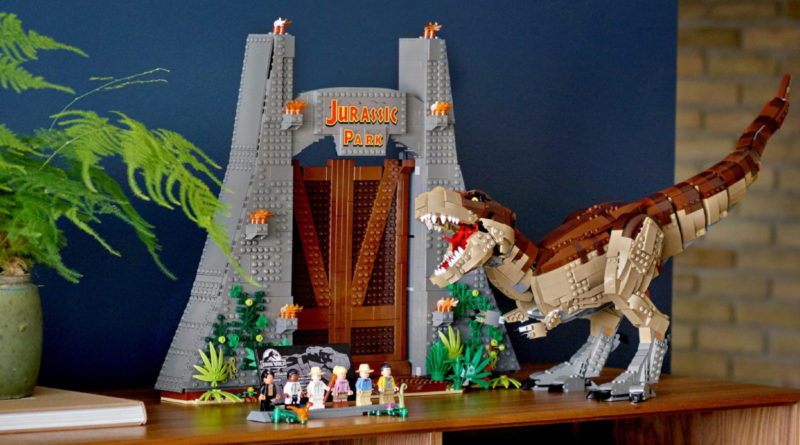 Next year marks the 30th anniversary of Jurassic Park, and Universal will be celebrating by ‘capitalising on the [brand’s] nostalgia’ – which will seemingly include new LEGO sets.

The Jurassic World trilogy wrapped up this summer with Dominion, leaving the future of the franchise – and its corresponding merchandise – up in the air. Universal Products and Experiences President Vince Klaseus has now confirmed that the LEGO Jurassic World theme will continue in 2023, however, as the studio seeks to champion the 30th anniversary of Steven Spielberg’s original Jurassic Park movie.

“Jurassic Park is where it all started, and it remains the cornerstone of the brand – and we’ll be celebrating the film’s 30th anniversary in a big way next year, capitalising on the nostalgia and iconography that generations of fans love,” Klaseus told License Global.

“Beyond that, fans can look forward to more – more toys and collectibles from Mattel, LEGO, TOMY and others, more on-trend apparel and lifestyle products, more digital and gaming content, more in-person experiences through touring shows, theme park attractions [and so on].”

While Klaseus doesn’t explicitly state that upcoming LEGO products will specifically tie into Jurassic Park’s 30th anniversary, it’s hard to imagine those celebrations not including one of the brand’s three main merchandising partners. The LEGO Group has already released a trio of sets based on the 1993 film, including 75932 Jurassic Park Velociraptor Chase, 75936 Jurassic Park: T. rex Rampage, and this year’s 76956 T. rex Breakout.

That 18+ set is available now at LEGO.com, and will also qualify for this month’s free 40578 Sandwich Shop gift-with-purchase in Europe. It falls a penny short in the UK, however, so you’ll need to add something else to your basket to bag the freebie. Check out our review of 76956 T. rex Breakout here.

For more on what to expect from the LEGO Group in 2023, check out our complete round-up of every set currently confirmed and rumoured for release next year.