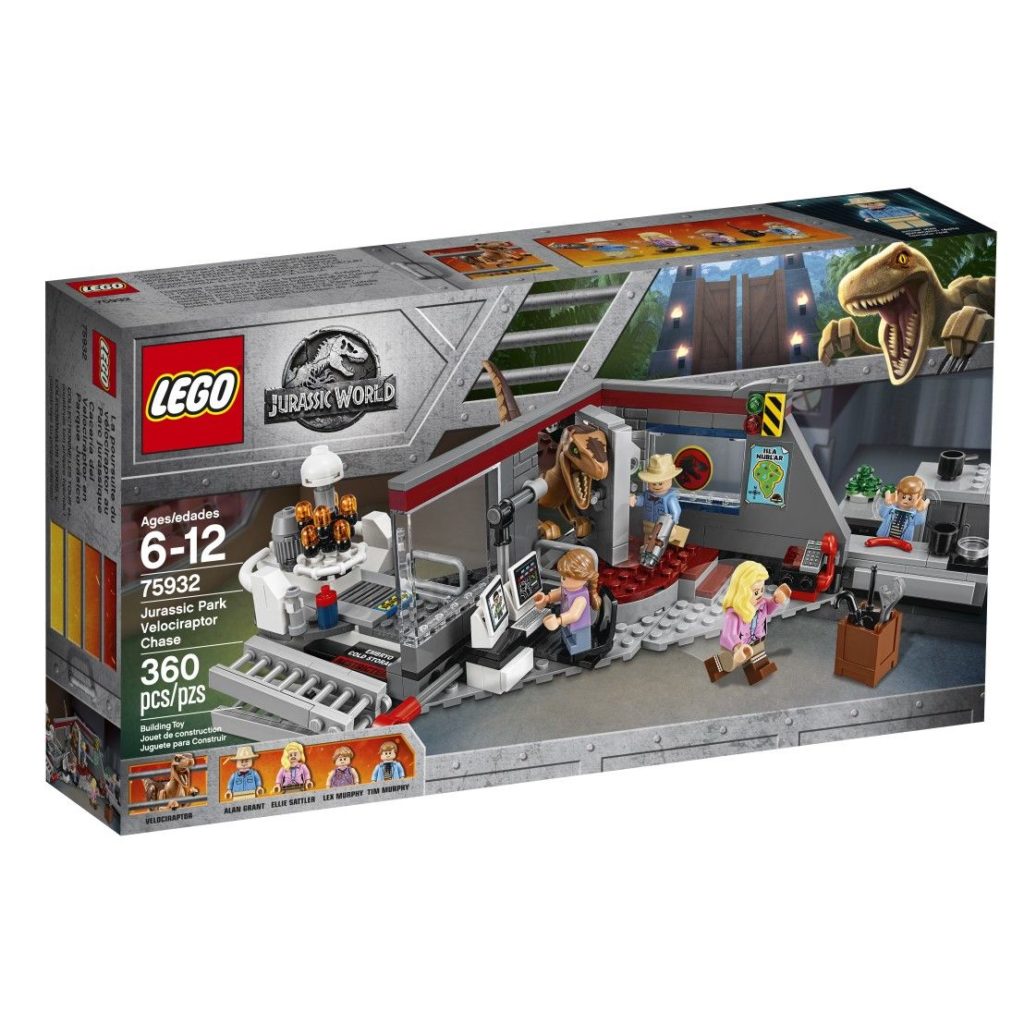 The all new LEGO set based on Jurassic Park, 75932 Velociraptor Chase, has been reviewed on YouTube.

LEGO fan and YouTuber Just2Good has managed to get hold of the new, exclusive Jurassic Park 75932 Velociraptor Chase set at Wal*Mart and provide an early review. The set stands out in the new LEGO Jurassic World range as it is the only product to take inspiration from the original movie, that celebrates its 20th anniversary this year.

As well as the raptor with exclusive printing, 75932 Velociraptor Chase includes Alan Grant, Ellie Satler, Lex and Tim. The build features a section of the control room, a section of the kitchen and the embryo storage, providing some nice references to the classic Spielberg movie.

While the LEGO Group insists that there is an embargo date that prevents stores from selling these sets early, it seems that Wal*Mart is happy to sell them to paying customers. If you are based in the US and keen to hum John Williams’ unforgettable theme while building, then it may be worth checking out your local branch.

Jurassic World is due for release in the UK on June 8, 2018 and in the USA on June 22, 2018. The LEGO sets based on the film are expected to be launched in April 2018, although no official release date has been announced.