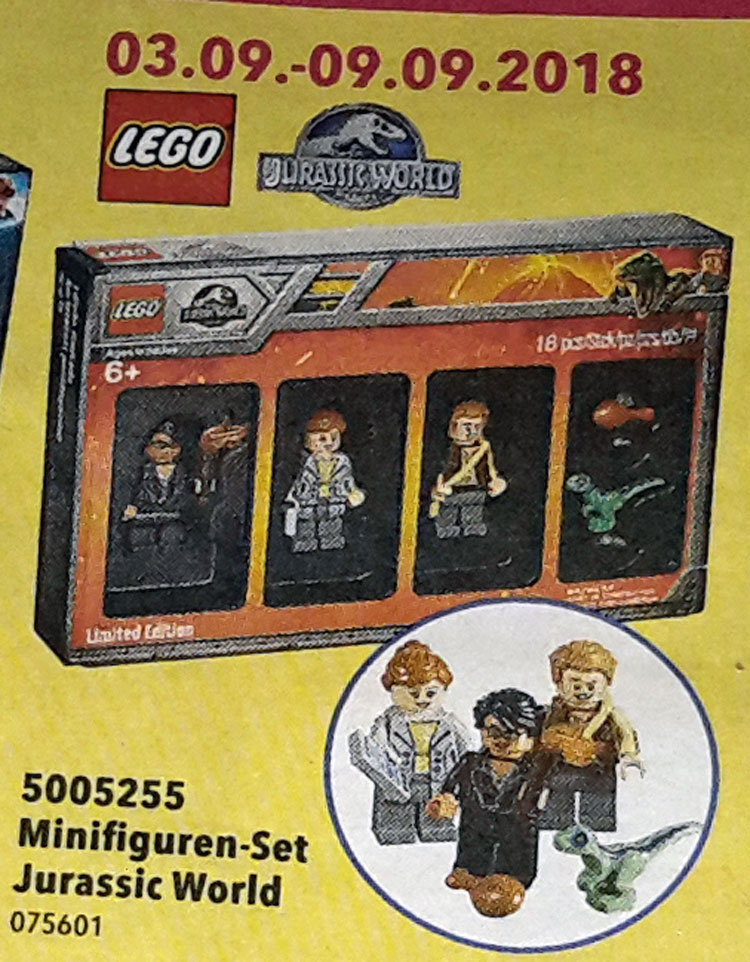 Although Toys R Us no longer exists in most places around the world, the retailer is still operational in Germany. It is a catalogue from Germany that has unveiled this year’s Bricktober minifigure sets, shared by PromoBricks. One of the four packs, 5005255, will be part of the LEGO Jurassic World theme.

This special minifigure set will include the very desirable Dr Ian Malcolm minifigure, capturing Jeff Goldblum as a LEGO character for the second time. As if to demonstrate the personality that he oozed in Jurassic Park, the other characters included are Owen Bland and Claire Someone (Hardy and Dearing), along with a baby dinosaur.

Unfortunately, fans around the world will have to wait a while to find out how these sets will make it to market outside of Germany. In that particular territory, a Bricktober box will be free with any LEGO purchases worth €40 or more, or will be available to purchase for €14.99. The Jurassic World set will be available from September 3 until September 9.