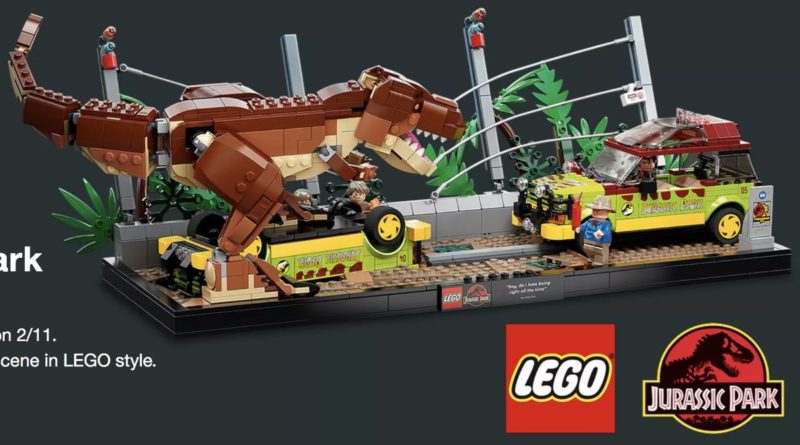 Target has revealed the first image of LEGO 76956 Jurassic Park T. rex Breakout, an 18+ set that recreates one of the most iconic scenes from the original movie.

As rumoured yesterday, the display set includes a buildable T. rex, a complete Ford Explorer decked out in tour car colours, and half of a second car under the dino’s foot. There’s also a fence, some foliage and four minifigures, including Tim Murphy, Lex Murphy, Alan Grant and Ian Malcolm.

It’s all set on a black display base with two tiles that appear to be printed, one bearing the LEGO and Jurassic Park logos, and another with an iconic Ian Malcolm quote from the movie: “Boy, do I hate being right all the time.” It’s the same style of display rumoured to be coming to two LEGO Star Wars sets later this year.

Given the timing of this reveal by Target (h/t Tom Jurassic), and the fact the set has just appeared on the building instructions portal, we’re probably looking at a full unveiling by the LEGO Group later today. We’ll keep you posted on a final price and piece count, but rumours suggest it’ll be somewhere in the region of 1,200 parts for €99.99.