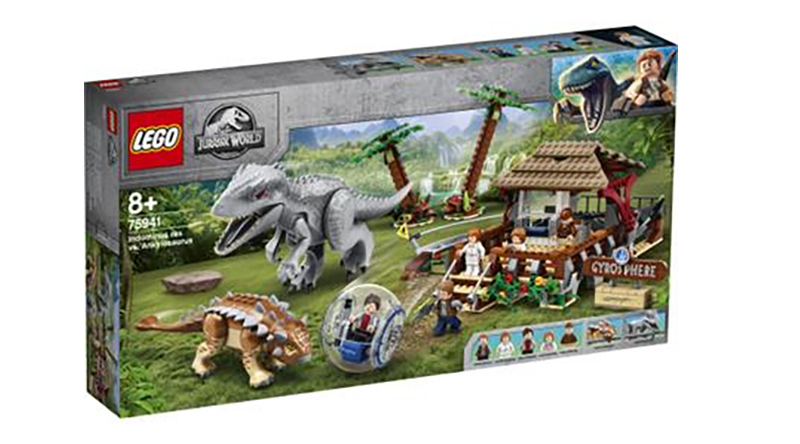 More images of the upcoming LEGO Jurassic World sets are available for fans to enjoy.

After small, loose images of the new LEGO Jurassic World sets were revealed earlier, now small boxed images of the sets are available, in some cases giving a slightly better look at the new releases.

This wave of four sets is set in the time before the 2015 Jurassic World movie, when things on Isla Nublar were relatively tranquil and the owners were still eligible for insurance.

75939 Dr Wu’s Lab: Baby Dinosaur Breakout is a 164 piece set and will prove popular thanks to the baby dinosaurs it includes, a Triceratops and Akylosaurus. It is reminiscent of the lab seen in the original Jurassic Park film.

75940 Gallimimus and Pteranodon Breakout includes an all-new Gallimimus as well as the Pteranadon, with an aggressive tank like vehicle to pursue them with.

75941 Indominous Rex vs. Ankylosaurus includes five minifigures as well as the two dinosaurs. The set uses 537 pieces in total.