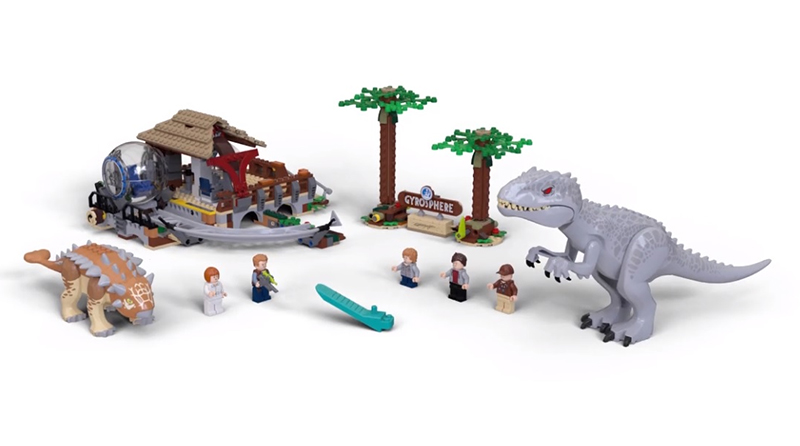 A selection of images reveals the new LEGO Jurassic World sets that will be released this summer.

Fans have been waiting to find out the LEGO Jurassic World sets that will be available this summer, and new images do just that. The Brick Fan shares these small images that have been published by Rakuten, revealing the four sets that expand the Jurassic World adventure.

75939 Dr Wu’s Lab: Baby Dinosaur Breakout is just as it sounds, with baby Ankylosaurus and Triceratops dinosaurs along with Dr Wu and Owen.

75940 Gallimimus and Pteranodon Breakout features a big, tank like vehicle with Owen Grady, Claire Dearing and a Jurassic World employee. They are chasing down a Pteranadon and an all-new Gallimimus.

75941 Indominous Rex vs. Ankylosaurus includes an all-new Ankylosur and the Indominus Rex. The LEGO Group like revisiting this particular location in Jurassic World, with this offering the most complete version of the location in its pre-destruction state.

75942 Velociraptor Biplane Rescue Mission features a helicopter, quad bike and a bit of tree. Blue the Raptor is included in what looks like a 4+ set.