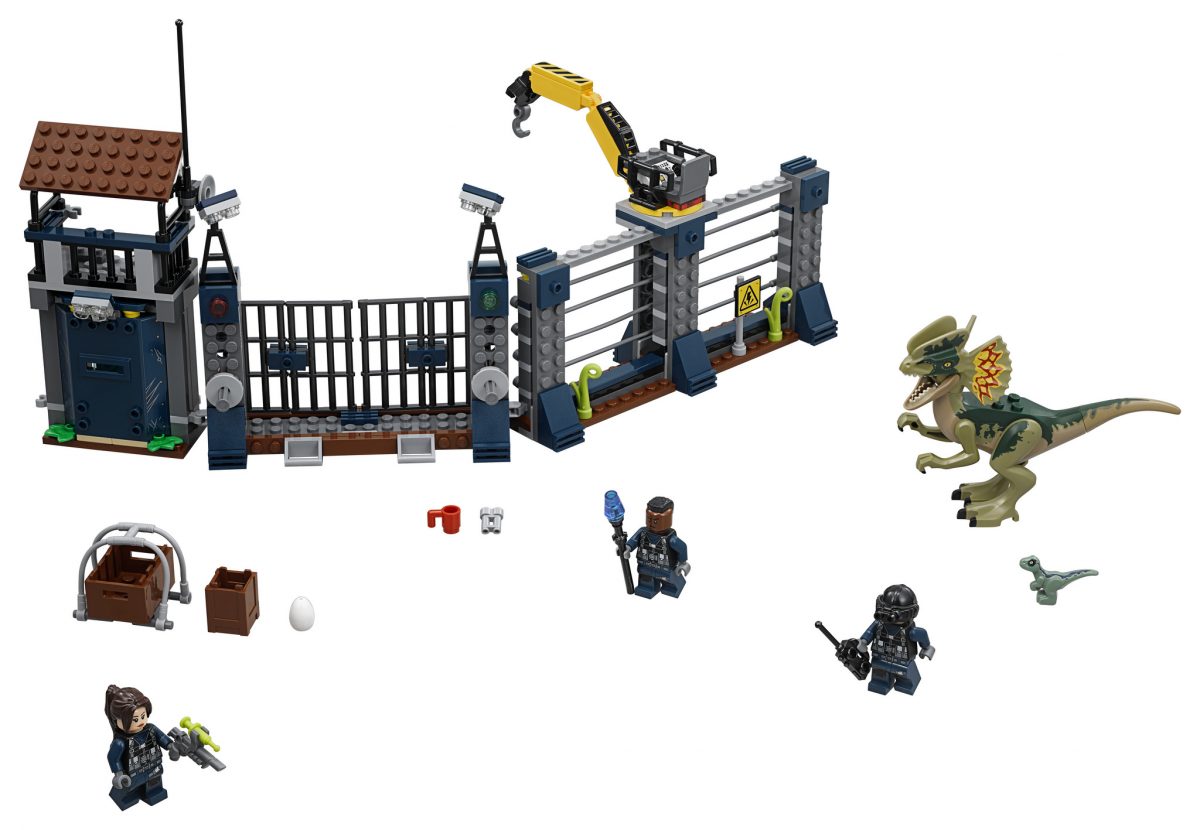 Another new set in the LEGO Jurassic World theme has been revealed, allowing collectors to check out 75931 Dilophosaurus Outpost Attack.

The retail giant Wal*Mart has shared images of two new LEGO Jurassic World sets – one being 75931 Dilophosaurus Outpost Attack, based on Jurassic World: Fallen Kingdom, and the other being 75932 Velociraptor Chase, based on the original movie.

The unveiled Jurassic World 2 set includes a section of enclosure walling, taller than that included in 75927 Stygimoloch Breakout. A crane and opening gate are both built into the cage, that can house the dilophosaurus included. A baby dinosaur also comes in this set, along with three dino-tracking minifigures. It is likely that this product will be exclusive to Wal*Mart.