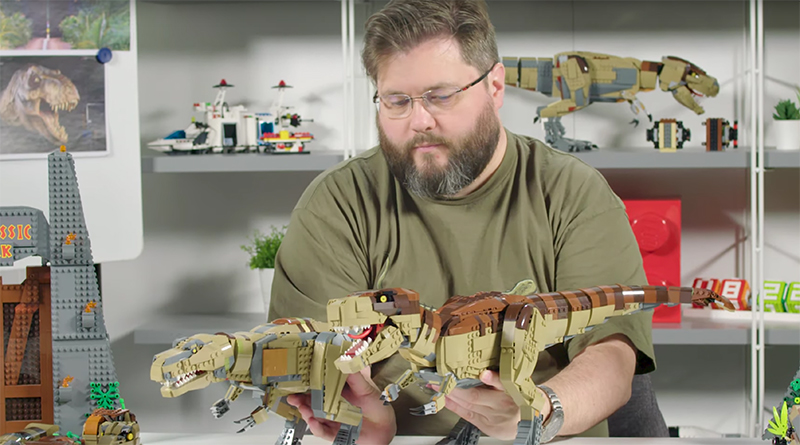 In the latest behind-the-scenes designer video, fans can find out more about how LEGO Jurassic World 75936 Jurassic Park: T. rex Rampage was designed, with Senior Model Designer Mark Stafford and Graphic Designer Casper Glahder. The 3,120 piece set builds the tyranossaurus rex, the Jurassic Park gates and includes six minifigures – four of which are new to this release. The sizable set will be released on June 19.

Mark recently spoke to Brick Fanatics about his experience seeing Jurassic Park for the first time and what he hopes fans will enjoy about this new set.

“The fact it looks very organic and is made out of LEGO blocks which are square,” Mark says in the video, citing what he sees as one of the set’s achievements. “I think people will like the set because it has a lot of the Jurassic Park feel to it. I hope it is obvious how much I love the original movie and that I have paid homage to it where I can.”