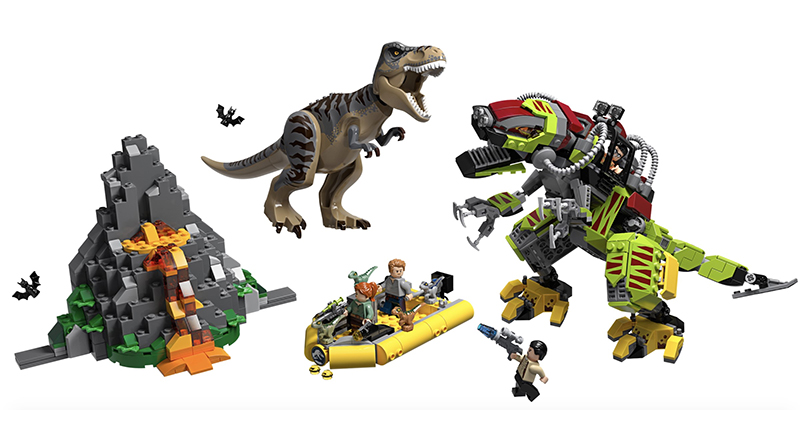 There may not be a new film, but LEGO Jurassic World is getting a new animated series this year, with four new sets that sit alongside it. The LEGO team has devised new concepts, settings and situations that are part of an original storyline set before the events of Jurassic World.

Four new sets are available to order now from shop.LEGO.com:

“Jurassic World is one of those properties that just works so well in LEGO form,” said Jill Wilfert, vice president, licensing & entertainment for LEGO Group. “The theme and stories appeal to kids and adults at the same time, and with this content, we offer a fun and unique twist by adding LEGO creativity and humor to an evergreen property. We’re thrilled to expand our successful partnership with Universal to introduce more original LEGO Jurassic World stories that will inspire imaginations and continued play.”

Some of the other sets launched today include LEGO City and LEGO Harry Potter summer products.