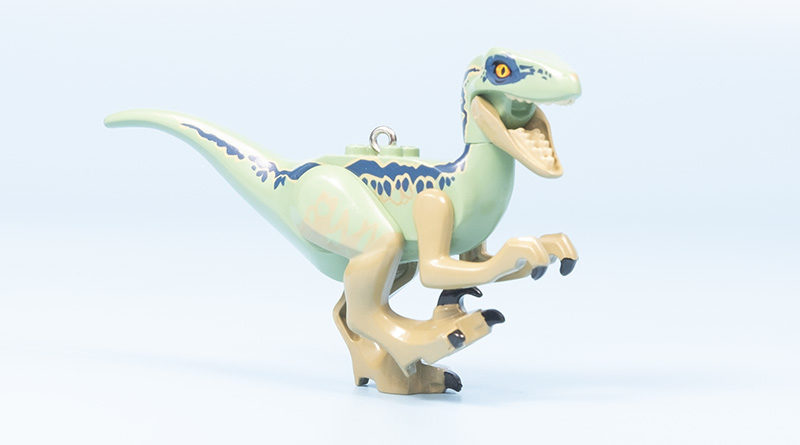 The star of Jurassic World joins the LEGO range from Hallmark Keepsake, with Blue the Velociraptor offered as an upscaled Christmas ornament.

Each year, Hallmark releases a selection of new officially licensed LEGO Christmas decorations as part of the Keepsake collection. Among this year’s new releases is Blue the Velociraptor from LEGO Jurassic World, the only one of the five that is not based on a minifigure.

The decoration is based on the LEGO character from the LEGO Jurassic World theme, with the colouring matching the brighter hue that gives Blue her name.

While Owen and Clare are the two main characters in Jurassic World and Fallen Kingdom, Blue is the star. This Christmas decoration is an upscaled version of the dinosaur figure that is included in many of the theme’s sets.

Like all of the LEGO ornaments from Hallmark, the Velociraptor is a single sculpted piece and features no articulation. Despite it being made of plastic, it feels like a proper Christmas decoration and looks a bit more crafted than some other upscaled minifigure products, such as the key lights.

For fans of LEGO Jurassic World, this will be an appealing ornament to add to the Christmas tree. These Hallmark Keepsake decorations have been running for so long that collectors will probably be able to deck out an entire tree with them.