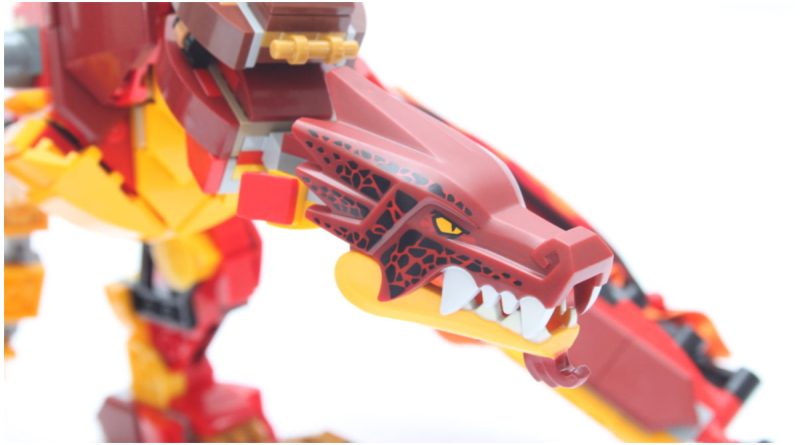 Two of the world’s greatest hobbies collide as the LEGO Group announces an Ideas competition to celebrate 50 years of Dungeons and Dragons.

As the LEGO Group is still sweeping up the streamers, deflated balloons and cake crumbs from its 90th anniversary celebrations, another great pastime that brings people together has hit a significant milestone. Dungeons and Dragons, the fantasy roleplaying game, is commemorating 50 years of seeking treasure, battling dragons and whacking Orcs on the head with oversized battle hammers. Apologies to anyone who regularly plays as an Orc.

We can’t help but think that the shindig is a little premature, given that the first version of the game wasn’t published until 1974, but maybe those first games were play tested by designers Gary Gygax and Dave Arneson in 1972. Whatever the reason, the LEGO Group has just announced a new competition on the Ideas blog page, calling for D&D themed designs, one of which will end up as a new Ideas set.

If you’re interested, it’s worth reading the rules carefully (trust us, there’s a lot to read), as the timescales are relatively short. Designs can be submitted from today, but the closing date is just over a month away, on November 14. At that point, a panel of experts, drawn from the LEGO Ideas team and Wizards of the Coast, the owners of D&D, will narrow the entries down to a shortlist of five designs.

Then, in a twist on the usual Ideas process, those five final projects will go to a fan vote for two weeks, between November 28 and December 12. However, the rules state that the fan vote is just a guide, which is ‘intended to help the Judges gauge fan interest in specific designs, and validate fan excitement for the theme’. The judges will have the final say, irrespective of how many votes any particular model gets.

The winning design will then be announced on December 19. The lucky designer will receive the usual 1% of royalties, 10 complementary sets and credit as a fan designer and additionally, a ‘prize package of Dungeons and Dragons goodies’.

So if you know your Beholder from your Bard, your Roc from your Rogue and you’re more familiar with Waterdeep than Watford, then read the rules, dig out those old Elves sets and let battle commence!

If you buy any new LEGO sets to help with your D&D build, please consider using our affiliate links. Any purchases help to support Brick Fanatics. Thanks.