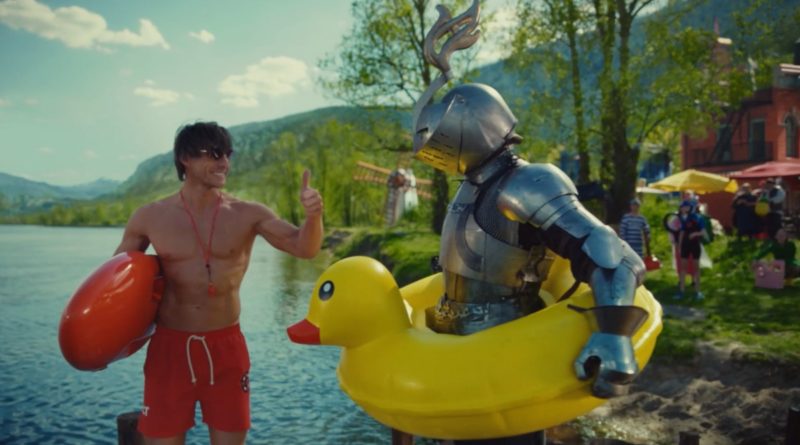 The LEGO Group has debuted its latest Rebuild the World ad, which is filled with more real-life recreations of classic LEGO pieces.

When jetpacks and rubber rings fail, the local townspeople come together to help him build a bridge to the other side – which, in true LEGO Movie fashion, is then revealed to be in the imagination of kids building with real-life bricks.

It’s very much in-keeping with the style of the Rebuild the World campaign’s first ad, speaking to its focus on ‘creative problem-solving, communication and resilience’, as per the new film’s press release.

“We remain in awe of the creativity, optimism and resilience that children show every day – and how, through play, they can develop the essential life skills not only to imagine, but to create, a brighter future,” said Julia Goldin, the LEGO Group’s Chief Product and Marketing Officer.

“The Rebuild the World campaign is a celebration of this and provides a showcase for the inspiration that we can all get from coming together and collaborating creatively to overcome challenges.”

You’ll see (and hear) the latest Rebuild the World campaign across TV, the internet, Spotify, e-commerce channels (like LEGO.com) and LEGO Stores around the globe.