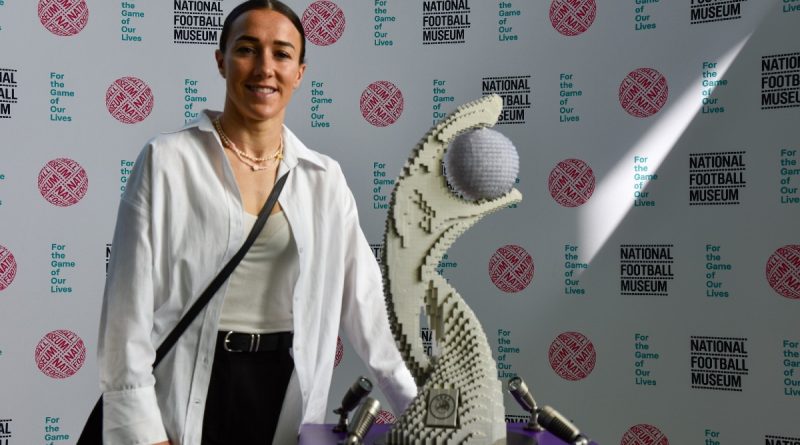 The LEGO Group has donated a life-sized LEGO UEFA Women’s Euro Trophy to the National Football Museum after sponsoring the sporting event.

The National Football Museum in Manchester is now home to the official LEGO UEFA Women’s Euro Trophy with Lioness Lucy Bronze on hand to unveil the exhibit.

“The LEGO Group have similar goals to what we have in women’s football about being inclusive, stopping the gender stereotypes, making it more for everybody, and inspiring young kids to be creative and push their minds and their limits when they’re playing,” commented Lucy. “The museum and exhibitions like this are only going to promote that, and will help people realise the journey that women’s football has been on.”

The LEGO Group served as a Women’s EURO 2022 national sponsor during the recent season as part of their Ready for Girls campaign The brick-built trophy is made from 2,944 bricks, taking 25 hours for designers to build.

It is currently on display at the National Football Museum after being showcased at LEGOLAND Windsor a few weeks before. To mark the occasion, the museum is currently hosting an event where you can build your own LEGO trophy or help complete a recreation of Manchester United’s Old Trafford Stadium.

It’s not clear if this is a larger build, or if the museum has a copy of 10272 Old Trafford – Manchester United that they’re finishing, which is available now on the official online store before it retires later this year.