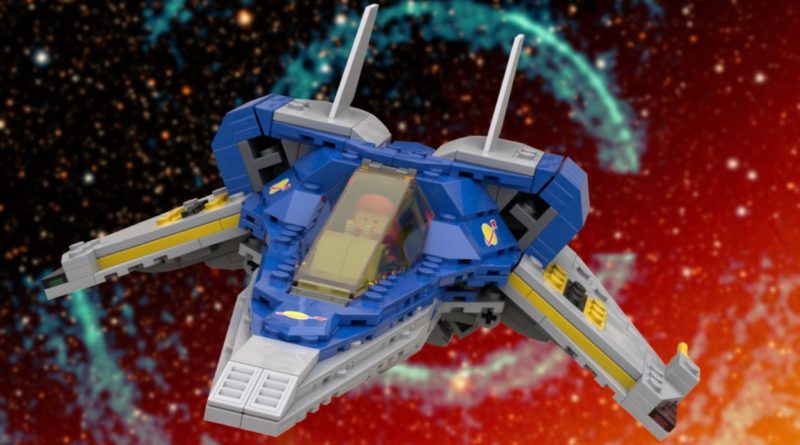 With the film in cinemas, one of the LEGO Disney Lightyear sets has been given the Classic Space makeover it deserves at long last.

Oliver Götz on Twitter has remixed 76832 XL-15 Spaceship using digital software to switch out the Lightyear colour scheme for something more familiar to Classic Space fans.

Shortly after the Lightyear models were revealed, director Angus MacLane shared that the animated ship was designed in the hope that it would prompt the creation of a new transparent yellow windshield element for the Classic Space enthusiasts to use, and now the story has come full circle.

The designs between the custom and official builds don’t have any major changes, with much of the focus put on switching the colour scheme to blue, yellow and grey to fit with the classic theme.

Classic Space will be back later in 2022 with the launch of 10497 Galaxy Explorer for the 90th anniversary of the LEGO Group, and the modernised looks like it could fit in well with the custom version of 76832 XL-15 Spaceship.