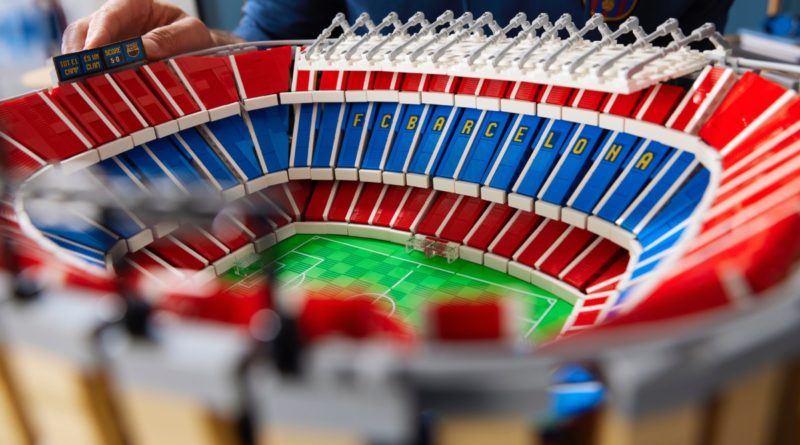 Join Brick Fanatics for a liveblog on all of September’s new releases, including 10284 FC Barcelona Camp Nou and the LEGO Group’s new pilot program.

Alongside all the stuff we already knew was coming today – such as the latest Jurassic World sets, 75319 The Armorer’s Mandalorian Forge and 71031 Marvel Studios – the LEGO Group has dropped not one, but two surprise bombshells in 10284 FC Barcelona Camp Nou and its recoloured and resized sets.

The former is the company’s second football stadium (following 10272 Old Trafford – Manchester United), while the latter are the likes of 77940 Mighty Dinosaurs, 77942 Fiat 500 and 77944 Fire Station Headquarters. We’ve seen all of those variants through safety documents published at LEGO.com, but now we finally have confirmation on how and where they’ll be sold.

The decisions the LEGO Group has made around that pilot program are likely to be polarising, so scroll down to have your say by getting involved in our liveblog. If you stick around, you might also see a sneak preview of an exciting new concept we’ve been working on with regards to those recoloured sets…