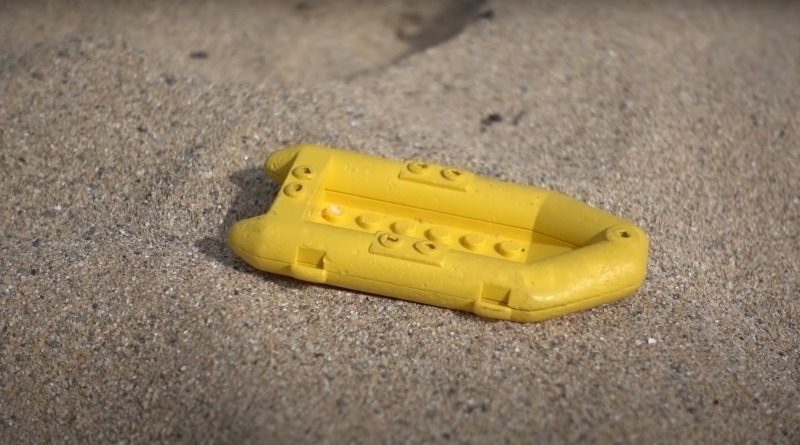 24 years on from an accident on board container ship Tokio Express, LEGO pieces are still washing up on Cornish beaches.

YouTuber Tom Scott has brought the story of Tokio Express back to the surface once again, 24 years on from the original incident. In 1997, a huge wave swept over the ship during a storm, taking several containers with it. Inside were millions of LEGO pieces that were all sent swimming down into the ocean.

Since then, roughly 4,800,000 LEGO bricks have washed up on Cornish beaches. Ironically enough, the majority actually have a nautical theme. There have been 418,000 LEGO flippers, 97,500 scuba tanks, 26,600 life preservers, 13,000 spear guns, and 4,200 octopuses, all resurfacing from their underwater adventures.

The LEGO Lost at Sea project, lead by Tracey Williams, has been tracing the story of these pieces over the years, a tale that will even be turned into a book, Adrift: The Curious Tale of the LEGO Lost at Sea. Williams herself led Scott on a tour of the most common areas for not just LEGO to wash up with the tides, but also other plastic from the ocean.

No one knows how much LEGO is still left in the ocean, or how much more is likely to wash up. Some will probably stay on the ocean floor forever, perhaps providing entertainment for marine life lurking in the depths. Whatever does continue to wash up will likely make it onto the Lost at Sea Instagram page, to show what bricks survived two decades in the ocean.