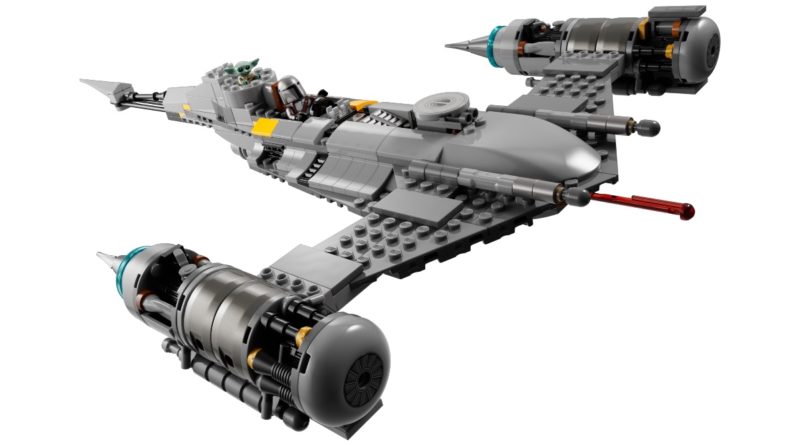 75325 The Mandalorian’s N-1 Starfighter has been revealed, detailing the price, piece count and when you’ll be able to buy the LEGO Star Wars set

75325 The Mandalorian’s N-1 Starfighter has been officially revealed with a listing on the official online store that includes everything you need to know about the upcoming LEGO Star Wars set. As the previously reported images showcased, four characters are included in the set with two proper minifigures and two smaller brick-built iterations of a BD droid and Grogu.

The BD Droid is brand new for 2021 and might confirm rumours of a LEGO Star Wars Jedi: Fallen Order set in the future, though this has not been confirmed.

First seen in The Book of Boba Fett, which technically makes this the first model based on the show since 75326 Boba Fett’s Throne Room is depicting a scene from the finale of The Mandalorian, Din Djarin’s new starfighter is a lot smaller than 75292 The Razor Crest but makes up for it in speed.

The ship is a modified N-1 Starfighter from Naboo, stripped of the yellow paint and featuring an all-grey colour scheme, though in the show that grey is replaced by shiny chrome.