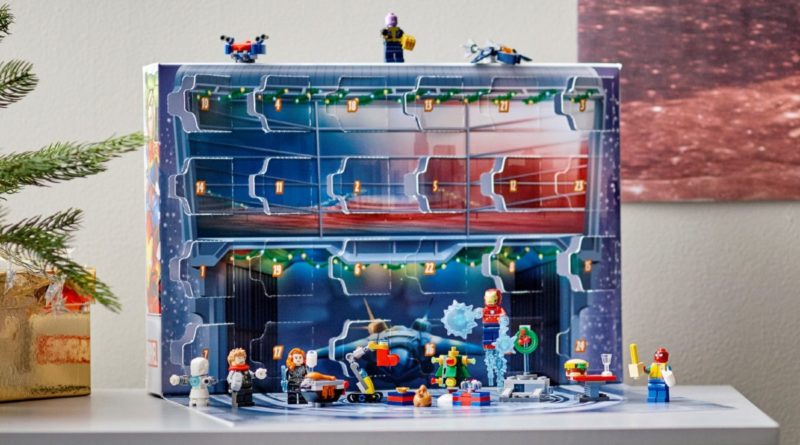 The LEGO Marvel 76196 The Avengers Advent Calendar is the latest addition to the seasonal sets, but we wonder if a future version could blast off.

With LEGO Marvel now being introduced to the annual range of brick-built Advent Calendars, the possibilities are seemingly endless for any potential follow-ups to it. The aptly-named 76196 The Avengers Advent Calendar depicts a holiday party attended by Earth’s Mightiest Heroes, as well as a certain mad titan. However, with the models being largely based on the comics, we wonder if the Marvel Cinematic Universe might be on the cards for 2022.

As part of the upcoming slate of movies, TV shows and more that will form the next phase of the MCU, a Guardians of the Galaxy Holiday Special has been announced for release in 2022. No prizes for guessing what time of year is the most likely for it. With this being part of the MCU narrative and thematically seasonal, it could make for the perfect setting for a LEGO Marvel 2022 Advent Calendar.

Whilst the above is only speculation and no further LEGO seasonal sets have been confirmed beyond 2021, the timing might give the LEGO Group the excuse they need to produce another LEGO Marvel Advent Calendar, though the chances of this theme staying in the annual range of models will likely depend on the success of 76196 The Avengers Advent Calendar.

Should our speculation prove accurate, we can imagine the usual festive minifigures representing each member of the Guardians of the Galaxy, with an exclusive Groot possibly taking inspiration from Grogu in 75307 LEGO Star Wars Advent Calendar.