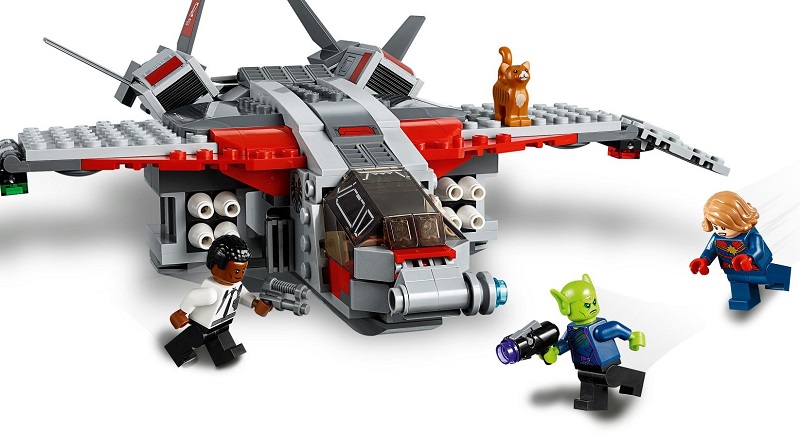 Back at the beginning of the month, LEGO Marvel 76127 Captain Marvel and the Skrull Attack was found at the Toys R Us store in Ottawa, Canada. Now, the set has been listed at shop.LEGO.com ahead of its launch on January 1, The Brick Fan reports. As well as revealing a nice selection of official images, the listing confirms that the UK price will be £24.99, making it reasonably good value.

Here is the official product description from the website:

Team up with Captain Marvel and Nick Fury to save Goose the cat from Talos in LEGO Marvel 76127 Captain Marvel and The Skrull Attack. This action-packed construction toy features Nick Fury’s Quinjet with an opening dual minifigure cockpit, adjustable wings, 2 flick-missile shooters that each shoot 4 missiles at once, and an opening rear compartment with space for Goose. This popular toy building set for kids includes 3 minifigures with weapons to recreate exciting scenes from the Captain Marvel movie and for endless imaginative play.