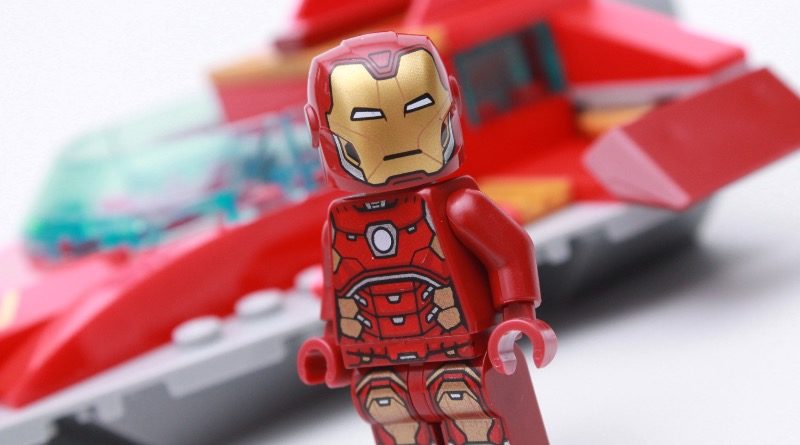 LEGO Marvel is no stranger to 4+ sets, but can 76170 Iron Man vs. Thanos bring something new to the table for young superhero fans?

Boiling down the entirety of Avengers: Endgame into a 103-piece set can’t have been easy, and nor can pitching that set squarely at kids technically too young to watch the movie. But no matter: 76170 Iron Man vs. Thanos serves up a good guy, a bad guy, a vehicle and a cannon, and that’s practically the perfect recipe for what a set like this is trying to achieve.

The ‘Juniors’ experience, as it was known in a past life, is almost always anchored around at least one huge LEGO brick – the kind that in any other set might be comprised of a bunch of smaller elements. In this context, though, it’s the perfect way to leapfrog boring builds like grey spaceship bases, and get right to the good stuff: Iron Man’s staple red and gold décor, or Thanos’s huge firing cannon.

As such, there’s not really much in the way of a build experience for any seasoned LEGO fan, but then this isn’t a model for veterans. It’s for kids (a LEGO set? For kids? Who knew), and the entire build is pitched pretty much perfectly to that target market. The LEGO Group clearly knows what it’s doing with this 4+ range, which acts as the perfect transition between DUPLO and System for its youngest fans.

76170 Iron Man vs. Thanos is also perfectly geared towards a shared building experience, with two separate instruction manuals for the two separate models, so this is really a set that could keep two kids happy for the price of one.

There’s plenty of play potential when it’s done, too, because this basically boils down all the ingredients of a perfect toy into one box: you don’t get just a flying vehicle, or just a fireable cannon, or even just a MacGuffin to hunt down. Instead, you get all three of those, and two minifigures to duke it out with.

Best of all, none of those elements really suffer for the set’s wide scope: sure, the cannon is a little rudimentary (although makes great use of the new System launcher introduced last year), and Iron Man’s flying vehicle doesn’t make much sense when he’s already got repulsors, but these aren’t questions or qualms that will go through the minds of four-year-olds.

The colour choices are also pretty smart within the context of a set that doesn’t leave much room to experiment with aesthetic detail, and the smattering of attractive trans-light blue elements brings everything together for an experience that should land very well with its intended audience.

This is really where 76170 Iron Man vs. Thanos becomes a set of two halves. On one hand, Iron Man is incredibly detailed top to bottom, with a dual head print to boot. (All he’s really missing is arm printing.) But on the other, Thanos is a real step back from the version included in last year’s 76141 Thanos Mech, a minifigure that was already pretty disappointing for its bland helmet.

This iteration also does away with leg printing, which won’t matter much to four-year-olds, but does remove almost any reason for older fans to invest.

4+ sets rarely feel like great value on paper, but their often unique large elements and complete lack of stickers – every decorated element here is printed, because no four-year-old will waste time aligning decals – very much factor into that price.

It’s a very palatable price for an impulse buy for a younger fan, though – and far more appealing than last year’s 76152 Avengers Wrath of Loki. (Who’s spending £55 on a LEGO set for a four-year-old?)

While a recommended age of even 7+ or 8+ can still translate into a LEGO set that adult fans will happily snap up, the 4+ range has a much narrower appeal. These are sets you’re only really going to bother buying if you’re gifting them to the target audience, or you want the minifigures for yourself.

76170 Iron Man vs. Thanos isn’t strong enough to warrant picking up for the latter reason, but if you know a young Marvel fanatic just leaving behind DUPLO, you can’t really go wrong with this. It’s got all the ingredients to make for a perfect toy, and unlike 76175 Attack on the Spider Lair, it boasts the (relative) building experience to match.