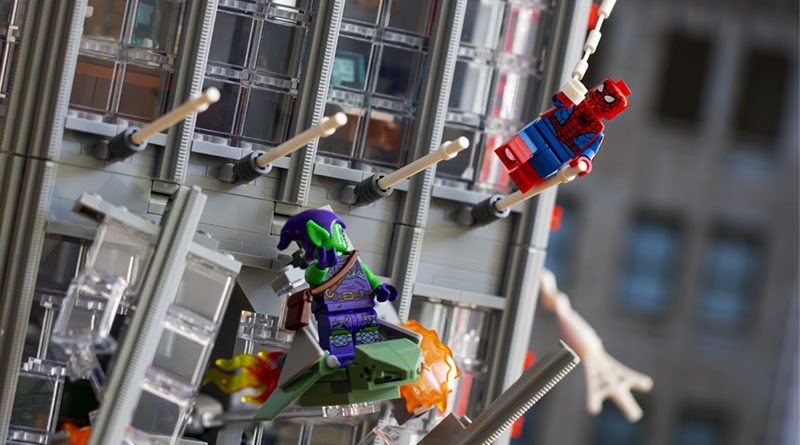 From the source material behind its most obscure minifigures to its hidden Spider-Man references, here’s five things you probably didn’t know about LEGO Marvel 76178 Daily Bugle.

Building into an absolutely towering superhero set, 76178 Daily Bugle is an action-packed display piece depicting the ultimate battle of good vs. evil within the Spider-Man universe, all set against the backdrop of an enormous skyscraper containing a massive 3,772 pieces.

With a set this large, discovering everything it has to offer may seem like a daunting prospect. Luckily, Brick Fanatics is swinging in to the rescue to give you a breakdown of five things you might not know about 76178 Daily Bugle.

5 – It’s not quite the tallest set ever

76178 Daily Bugle is the largest LEGO Marvel set ever created. The gigantic tabloid newspaper office fits on to a 32×32 baseplate, but towers above nearly every other LEGO set that’s ever been made, standing at an impressive 82cm. Astonishingly, though, it’s not quite the tallest LEGO set ever: that accolade belongs to 2007’s 10181 Eiffel Tower, which measures a staggering 102cm tall.

Skyscrapers are known for their uniform design, and 76178 Daily Bugle is no exception, with four near-identical stories. Each one contains floor-to-ceiling window panes both at the front and either side, and the window panes even extend to the rear of some of the floors.

Building the skyscraper will require a staggering 347 trans-clear 1x2x2 panels to be individually attached. Just be thankful they don’t need cleaning as much as real windows.

76178 Daily Bugle is a love letter to Marvel and Spider-Man fans, packed full of everyone’s favourite heroes and villains, but beyond the included characters there are a tonne of hidden Easter eggs and references for eagle-eyed Marvel fans to spot – often making reference to characters who didn’t make it into the final line-up of minifigures.

Eddie Brock has scrawled graffiti on the rear exit door, as well as leaving a missed call for reporter Betty Brant. References to two of Spider-Man’s most feared enemies can be found on the giant television screen on the outside wall, as both the alter-egos of the Lizard (Curt Connors) and the Jackal (Prof. Miles Warren) are mentioned during the news broadcast.

Kingpin, Electro and Rhino also make appearances on several of the newspaper headlines that are strewn about the set, and both Rhino and Electro portray minifigures that have never been released before. Could they be a hint towards future minifigures, similar to Daredevil’s tease in 76108 Sanctum Sanctorum Showdown?

Spider-Man’s appearances over the years in both comics and movies are also referenced throughout, with some more subtle than others. Behind the water tower that sits on the roof is a Miles Morales sticker, which the web-slinger places around the city in 2018’s Spider-Man: Into The Spider-verse.

2 – All its minifigures have featured in comics

Twenty-five minifigures are included in 76178 Daily Bugle, and 16 of those are exclusives, with Marvel fan-favourites The Punisher, Daredevil and Blade all appearing in minifigure form for the first time.

But did you know that during the early design stages, there were over 60 different characters being considered before eventually settling on the final 25? What’s more, every single minifigure that’s made their way inside the set has popped up in a Marvel comic at some stage – even Bernie the cab driver made an appearance, just once, in an issue of The Incredible Hulk way back in 1978!

1 – All of its newspapers are unique

As you’d expect from a LEGO set of this size, there are going to be a fair amount of stickers required to decorate various aspects of the building. The stickers themselves are really well designed, but what makes this set feel special are the printed elements.

That includes 18 uniquely-printed 2×2 newspaper headlines, which reference everything from past comics to Spider-Man films, TV appearances and even video games. They are beautifully designed, look incredible when placed around the set and are sure to be very desirable collectors’ pieces.

71678 Daily Bugle is available to order at LEGO.com right now. For more on this stunning tribute to LEGO Spider-Man, check out our detailed review.