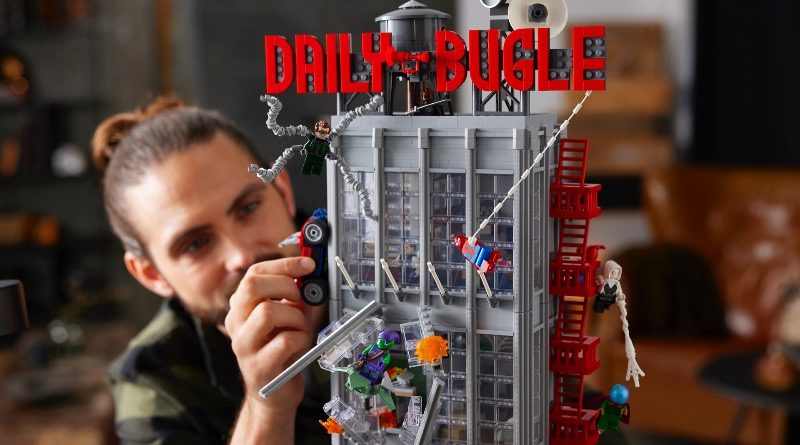 The LEGO Group has officially unveiled the tallest and most minifigure-heavy LEGO Marvel set to date, 76178 Daily Bugle.

Standing a whopping 82cm tall and populated by an incredible 25 minifigures, 76178 Daily Bugle is basically the greatest LEGO love letter to Spider-Man ever released. And it boasts the piece count to match, coming in at a cool 3,772 bricks – which also makes it not only the largest LEGO Spider-Man set ever, but the biggest LEGO Marvel set, too.

Thankfully, it looks like the design team behind 76178 Daily Bugle took a little time out from shattering records to also focus on delivering a genuinely brilliant LEGO set. There’s a full interior behind the gleaming windows of the skyscraper, and individual floors and even walls can be removed to access the offices of J. Jonah Jameson, Peter Parker and more.

As you might imagine from a set boasting the most minifigures ever released in a single Marvel product, there’s also enough Spidey action here – across a swathe of Spider-Folks (and -Hams) and Spider-Villains – as you could want from a single model, with a few characters making their LEGO debut.