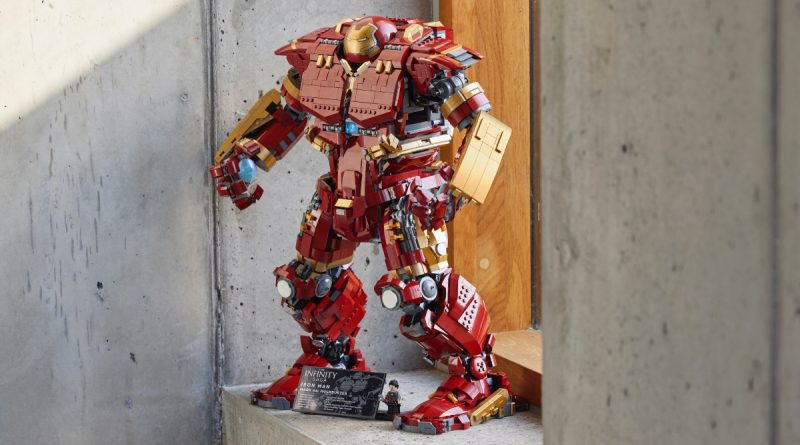 Following an accidental early reveal in a store in Indonesia, the LEGO Group has officially pulled back the curtain on 76210 Hulkbuster, confirming its price and release date.

Retailing for a staggering £474.99 / $549.99 / €549.99 for 4,049 pieces, this is far and away the biggest and most expensive LEGO Marvel set of all time, and blows the previous supersized Iron Man armour – 76105 The Hulkbuster: Ultron Edition – out of the water. In fact, it stands 52cm tall, 37cm wide, contains almost three times the number of pieces as its predecessor, and retails for nearly four times its price.

The added cost is likely partly a consequence of the LEGO Group’s wider price rises (which the company has linked to ‘increased raw material and operating costs’), and – to some degree, but definitely not all – the three light bricks packed into 76210 Hulkbuster. You’ll find one in the chest, and two in each palm, representing Tony Stark’s arc reactor and the suit’s repulsors respectively.

You’ll be able to pose the arms, but there’s no mention in the press release of poseable legs. Given the sheer weight of a mech of this size, we wouldn’t be too surprised to find the legs are fixed in place. There’s no display base this time, in contrast to 76105 The Hulkbuster: Ultron Edition, but the set does include a stickered UCS-style display plaque and an exclusive Tony Stark minifigure.

76210 Hulkbuster also includes an accessible cockpit, in which you can place not the Tony Stark minifigure – he’s just a little out of scale – but this year’s 76206 Iron Man Figure, which slots neatly inside this larger Hulkbuster armour. Now we just need someone to figure out a way to get an Iron Man minifigure inside 76206, and we’ll be set. It’s Iron Men all the way down.