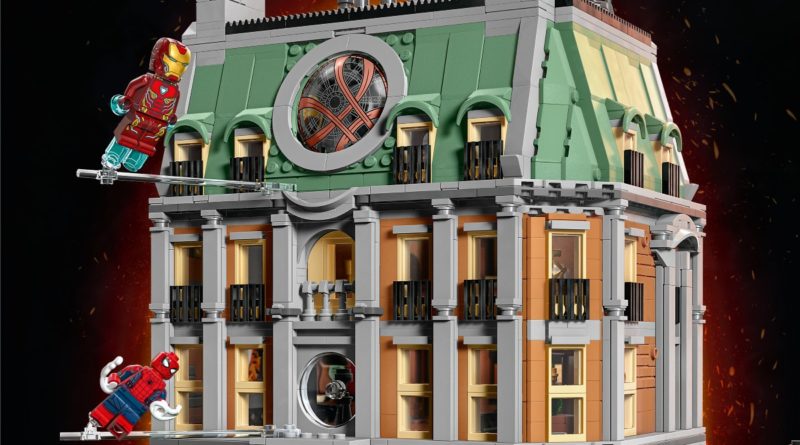 A brand new, large-scale version of Doctor Strange’s Sanctum Sanctorum has been announced, with multiple nods to prior Marvel movies.

In the last few years the LEGO Marvel line has been growing more ambitious, with 76178 Daily Bugle pushing the theme to new heights. Offering a large, enclosed structure, it was designed to connect with sets in the similarly ambitious Modular Buildings Collection.

This new set is also a large-scale model, and is designed as a corner building. It’s also a tie-in to Marvel movie Doctor Strange in the Multiverse of Madness, although references to previous movies (like Avengers: Infinity War) are included in it.

Each level of the building contains familiar features like the grand ground-floor staircase and the distinctive round window in the roof. There are also various play features, such as a ‘magic’ door that opens on multiple destinations. Tentacled terror Gargantos is represented here; it seems his magic portal can be placed in a few different locations on the building’s exterior.

Eight minifigures are included with this set: Wong, Iron Man, Spider-Man, Scarlet Witch, Master Mordo, Ebony Maw and three different versions of Doctor Strange. These include the original flavour, as well as evil and dead versions of the character. Buyers of the set can enjoy some magical multiversal action as a consequence.