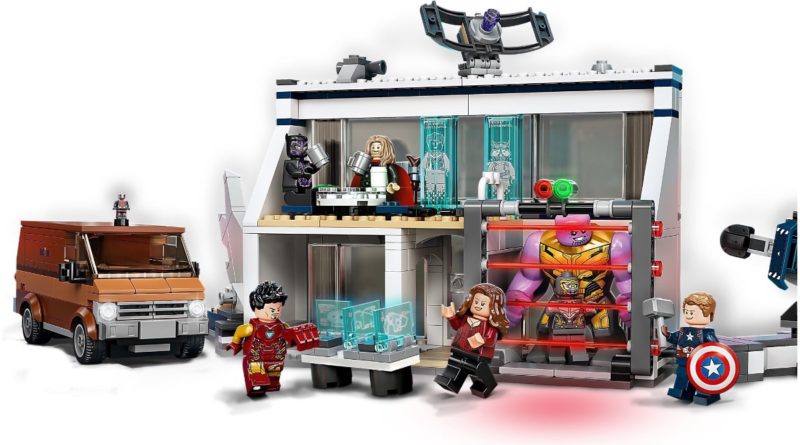 A large-scale LEGO version of the Nano Gauntlet from the Marvel Cinematic Universe might be appearing this year, if a new rumour is to be believed.

The rumour was first disseminated by exabrickslegogo_ (via Promobricks) on Instagram, and is certainly an intriguing prospect for LEGO Marvel fans. The Nano Gauntlet appears in Avengers: Endgame, and is wielded by the Avengers as a counterpart to the Infinity Gauntlet.

Like its inspiration the Nano Gauntlet can hold all six Infinity Stones, and allows someone to wield their power. As a creation of Tony Stark it features the classic red, gold and silver tones we’ve come to associate with his line of Iron Man suits.

A large-scale LEGO Nano Gauntlet is certainly plausible as a rumour. The Infinity Gauntlet has appeared in LEGO sets on numerous occasions, most notably in 76191 Infinity Gauntlet. This large-scaled model features an abundance of golden elements and posable fingers, allowing you to recreate the famous ‘snap’ from Avengers: Infinity War.

The Nano Gauntlet has also appeared as a minifigure and bigfig accessory. The best example of it can be found in 76144 Avengers Hulk Helicopter Rescue, where it is worn by the Hulk on his right hand. However, the green and purple Infinity Stones are missing from this set, necessitating more purchases to complete the collection.

A smaller, less detailed version of the gauntlet can be found in 76192 Avengers: Endgame Final Battle, and is suitable for use by conventional minifigures. Naturally, no Infinity Stones can be attached to this version.

If it does exist, the new LEGO Nano Gauntlet is rumoured to debut for $60 at some point this summer. However, take all of this with a pinch of salt until we get official word from the LEGO Group.