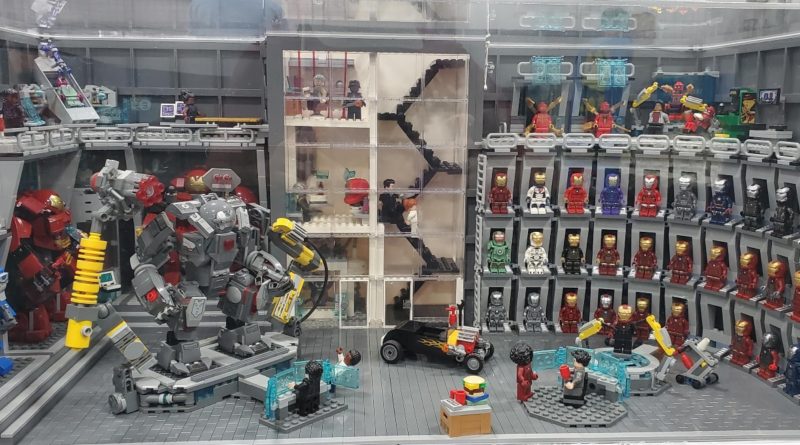 A new LEGO Marvel fan-made model is putting Tony Stark’s legacy on display for all to see, as well as a collection of Iron Man minifigures.

The LEGO Group undoubtedly has a liking for Iron Man minifigures with a wide variety of variants scattered throughout the LEGO Marvel sets and other exclusive releases since their debut in 2012, on all manner of scales too.

Luke Richard Boisse, also known as LukeClixBrix on Instagram has compiled pretty much every single one of these minifigures and other brick-built suits into one Hall of Armour build, with many other references to be found within the creation. The model – which was on display at Brick Fest Live in Marlboro, Massachusetts – is themed primarily to Tony Stark and his technological legacy.

The Marvel Cinematic Universe is undoubtedly an inspiration for the build, with Easter eggs relating to WandaVision, including the new Monica Rambeau minifigure from 71031 Marvel Studios, and Loki with the TVA making sure that Stark stays on track.

The armour display itself makes use of the modules featured in 76125 Iron Man Hall of Armor to store the suits in a curving shape with over 30 minifigures featured in the units alone. Many other minifigures are featured throughout the build, including Obadiah Stane plotting behind the scenes as he works on the Iron Monger armour from 76190 Iron Man: Iron Monger Mayhem.

You can find more images of the model in a dedicated Imgur gallery as there are sure to be more secrets to be found. LEGO Marvel collectors like Luke can also continue to collect the Iron Man minifigures with the exclusive seasonal suit in 76196 The Avengers Advent Calendar.