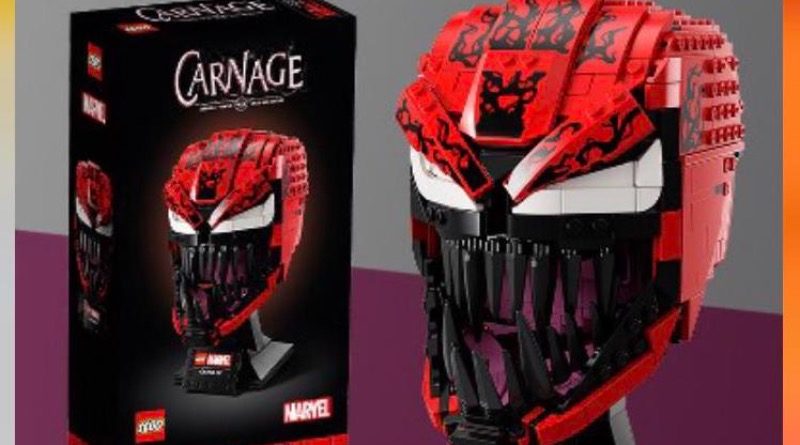 Multiple LEGO fans over at reddit reportedly received an alert from Target’s app advertising the new set, which will be exclusive to that store in the US. There’s no word on an official release date, but pre-orders will apparently open at 8am Central Standard Time tomorrow, March 11.

The alert has since been removed, suggesting Target has slightly jumped the gun on this reveal. If pre-orders truly are set to get underway from tomorrow, though, we could be looking at an imminent unveiling by the LEGO Group.

The sinister red and black sculpt is part of the LEGO Group’s 18+ range, and follows on from last year’s 76165 Iron Man Helmet. In fact, Target’s ad even bills it as a ‘LEGO Marvel Carnage Helmet’, although we’re pretty sure Cletus Kasady isn’t wearing a helmet in the comics.

That said, maybe he will in this summer’s Venom: Let There Be Carnage. The Andy Serkis-directed movie is still on course to land in cinemas on June 25, and is presumably the motivation behind this release.

From the low-res image that’s been published online, it’s pretty tricky to make out the exact product number, but it looks like 76199, which would follow the wider Marvel theme numbering. We’ll keep you posted on the Carnage bust (or helmet, or whatever) as we learn more, which could be as soon as tomorrow.