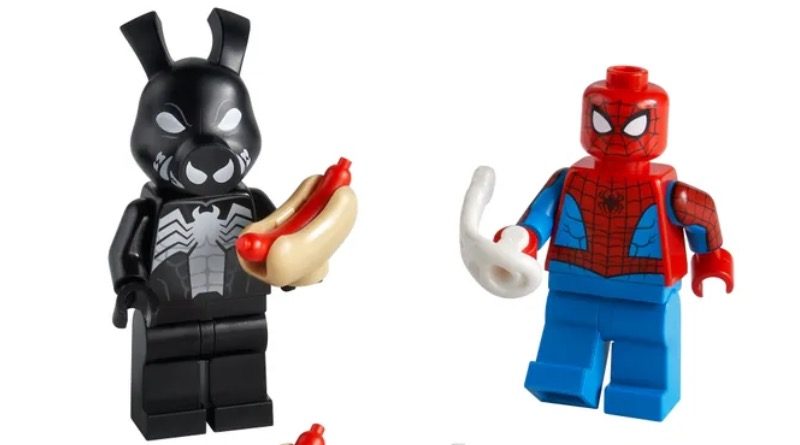 The LEGO Group has unveiled another LEGO Marvel accessory pack launching next month, complete with a seriously deep cut from the Spider-verse.

40454 Spider-Man versus Venom and Iron Venom includes four characters in total, three of which have fallen foul of the symbiote. One of those is possibly the silliest character in the entire LEGO Marvel line-up: Pork Grind, a Venomised version of Spider-Ham from the Aniverse.

If you’re not familiar with the Aniverse, it’s an alternate Spider-dimension that consists entirely of talking animals. And while it’s no stranger to the LEGO-verse – Spider-Ham debuted in last year’s equally silly 76151 Venomosaurus Ambush – this is the first time we’ve seen any of its villains in minifigure form.

And yes, there are still plenty more recognisable and iconic Spider-villains left on the LEGO cutting room floor – where’s Lizard? – but the LEGO Group clearly wants to get a little more mileage out of its Spider-Ham mould. We’ll just have to place our faith in the regular LEGO Marvel sets for realising all those otherwise missed opportunities.

This updated version includes a new helmet print that shows a little more duality between Iron Man and the symbiote, though the torso and unprinted legs remain unchanged. Still, it’s one more reason to grab 40454 Spider-Man versus Venom and Iron Venom when it launches on April 1.