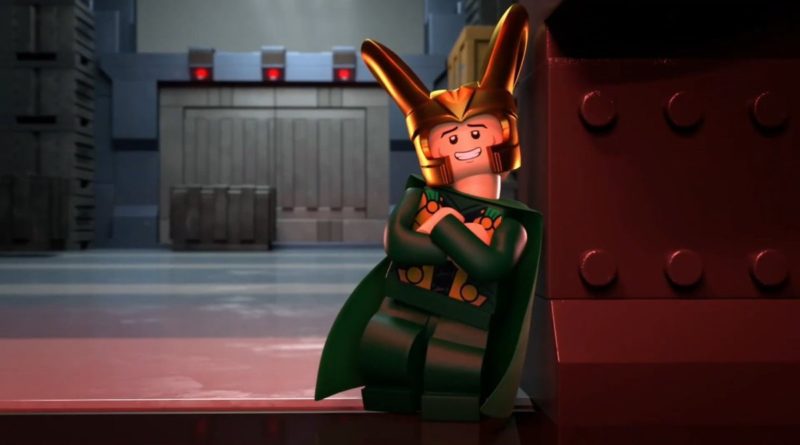 The first trailer for LEGO Marvel Avengers: Loki in Training has been released, giving us a first look at the upcoming animated special.

Featuring animated minifigures of the six Avengers and Loki himself, the trailer lasts 30 seconds, showing a small portion of the 22 minutes of runtime according to DisneyNow. Notable moments include a look at a brick-built Helicarrier, which seems to be a mix of both 76042 The SHIELD Helicarrier and the newer 76153 Avengers Helicarrier.

The poster that was released a few days ago also included Thanos and Nebula, neither of which can be seen in the trailer. This may mean that their appearance will be as a surprise pair of antagonists, with Loki turning over a new leaf after all and not luring the Avengers into another of his schemes.

LEGO Marvel Avengers: Loki in Training will premiere tonight on Disney XD and DisneyNow for those of you in the US with international release dates not yet known.

The Loki minifigure seen throughout the trailer can be found in 76152 Avengers Wrath of Loki, which also comes with Hulk, Iron Man, Captain Marvel, Thor and a model of Avengers Tower and a glider for the God of Mischief.