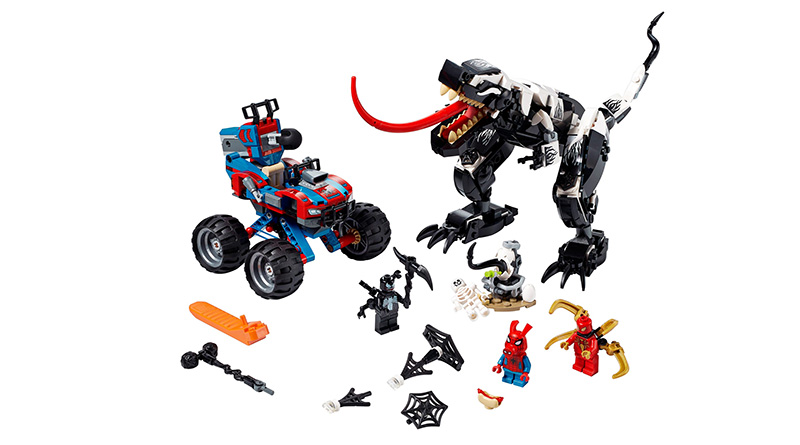 Fans can get another look at LEGO Marvel Spider-Man 76151 Venomosaurus Ambush in a new selection of images that have been released.

The set builds a Veomosaurus dinosaur, featuring Venom’s distinctive colour palette, and a vehicle for Spider-Man to fend it off with. Perhaps even more appealing to fans is the inclusion of a Spider-Ham minifigure.

Marvel fans can recreate favorite movie scenes and devise their own imaginative adventures with Spider-Man, Iron Spider, Spider-Ham and Venom minifigures in a battle for the crucial Venom egg. The creative play steps up a gear when kids place the Venom minifigure into the mighty Venomosaurus building toy, with its vicious jaws and black web-weapons, and put Spider-Man into his mega-buggy, with its awesome weapons and super-suspension.

The LEGO Group won three awards at the Toy of the Year Awards 2020.