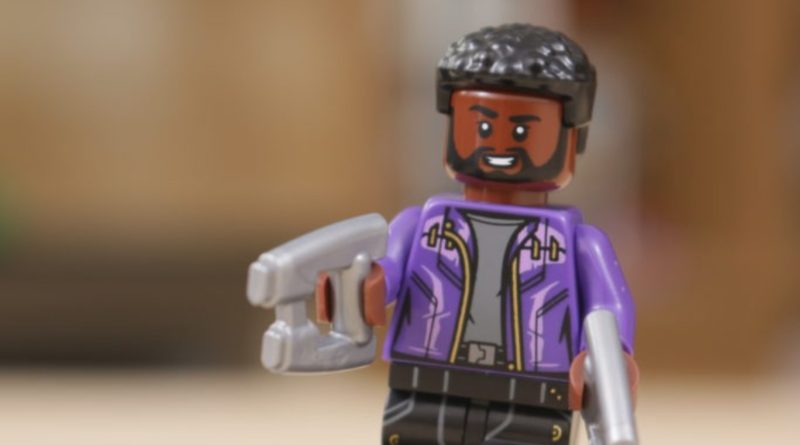 Now that we’ve watched the second episode of Marvel’s What If…?, we’ve noticed there’s one small (but important) detail missing from T’Challa Star-Lord’s minifigure.

Warning: spoilers ahead if you’ve not already seen Episode Two of What If…? In this latest episode, we saw a version of the MCU where T’Challa was kidnapped by Yondu instead of Peter Quill. While on the move during a mission, a Wakandan necklace he’s wearing lights up and alerts T’Challa to a nearby Wakandan ship.

However, in 71031 Marvel Studio, T’Challa Star-Lord’s collectable minifigure is wearing no such necklace. His purple and black outfit is otherwise virtually a perfect remake of his TV show look, but missing the key accessory that drove much of the plot of the episode.

Considering the LEGO Group took inspiration from more than just concept art when designing the figures, perhaps the spiked necklace was too small a detail to include. Nonetheless, we were largely impressed with the entire collection of minifigures, which you can read more about in our in-depth review.