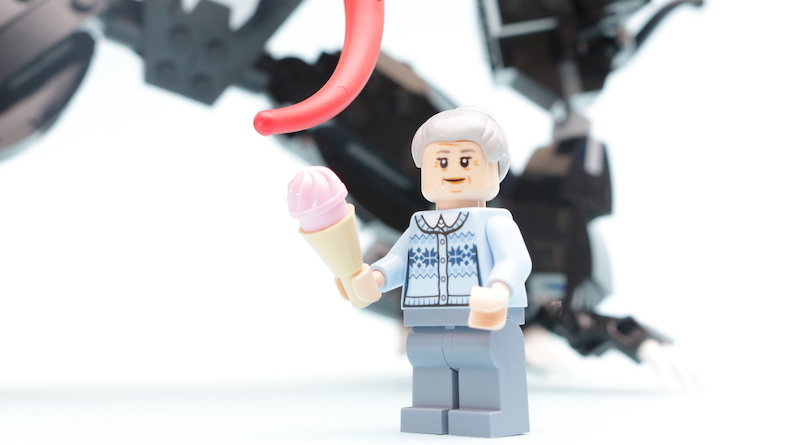 76115 Spider Mech vs. Venom could have been awe-inspiring, but instead is a frustrating mess

Whilst sister set in the new LEGO Spider-Man range 76114 Spider-Man’s Spider Crawler (review here) makes the most of Spider-Man’s toy-related need for vehicles, 76115 Spider Mech vs. Venom cannot decide on its function and as a result falls short in every way possible. 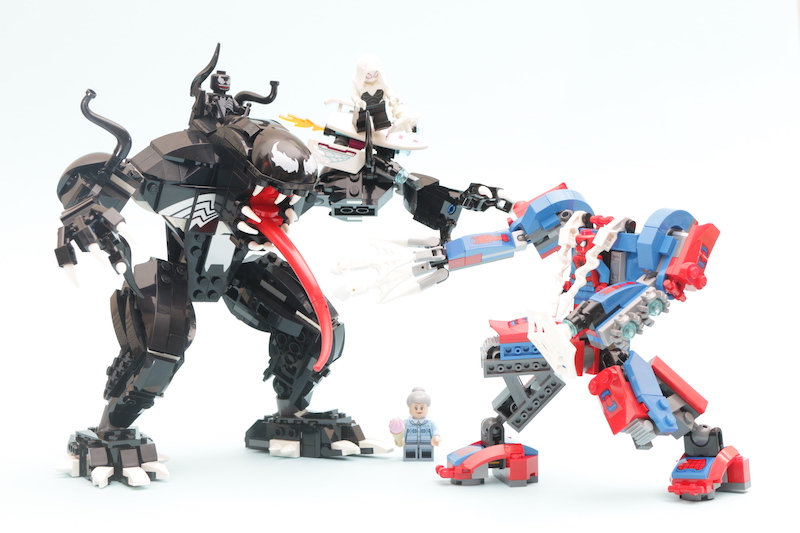 The LEGO Spider-Man team at the LEGO Group has created some true masterpieces over recent times, but appear to have come unstuck in trying to determine how best to put together 76115 Spider Mech vs. Venom. It is particularly surprising given the company’s recent and prolific run of some truly well crafted LEGO mechs.

The scenario at play in 76115 Spider Mech vs. Venom is a gigantic Venom (mech, symbiote, whatever) being faced down (or rather, looked up at) by Spider-Man in a mechanised walker. Spider-Man’s lack of need for vehicles immediately brings many issues to the fore, but, those are always going to be clear and obvious. Overlooking such problems and focusing on the fact that, today, Spidey wants to stand, exposed, in a walker when facing his most difficult opponent, the design of the vehicle he has chosen to do this in is truly terrible.

This has been designed for play and movement over display. There is a good range of motion in the legs and arms thanks to two ball joints in each, but unfortunately with such a weird-looking concoction of limbs that you are posing, nothing looks right. For the shaping of the feet and legs, this is a mech that looks like it is wearing a pair of galoches and some three-quarter length trousers that fan out at the front. The shoulders are the highest point on the mech, whilst forearms are very long. Altogether it looks unusual, and just really rather uncool, particularly for Spider-Man when he is up against one of his most popular villains – you kind of might root for the bad guy…

Well, you would, except for the fact that his mech – or gigantic symbiote – isn’t much better under scrutiny. Conversely to Spidey’s walker, big Venom has been designed for true display and pretty much no play. This is not one for touching. It means that, in appearance, the large Venom easily outdoes Spider-Man’s walker, looking truly domineering and magnificent from certain angles.

But, due to its weight, it’s a fairly statuesque build, with limited movement. The legs barely move thanks to brick-built knees, meaning there aren’t many poses beyond standing and slightly leaning forward that you can achieve here. The toes on the rather oversized (perhaps due to the support needed) feet are jointed, but not so they can support a more adventurous pose. They just ping off when you try that…

Furthermore, even as constructing his large, open mouth at first makes for an interesting final build, it’s a shame that there’s no way to close it, to really explore it as a play function and add a great focus to the set. And whilst Venom does have a penchant for licking, the decision to make his tongue longer than the furthest point his otherwise nicely-designed arms can reach is frustrating.

Overall and combined with the inability to pose him much, combat with the Spider-Mech merely composes of a limited range of poses with the only real danger for Spider-Man being a good, safe slobbering.

These are builds that do not work well together. One prioritises play at the expense of looking even half decent, whilst the other tries to go all out on appearance and is at best clumsy when it comes to play. This is a frustrating set, particularly for the price that it costs, because there are better LEGO mechs out there that beat both of these on all points – how they look, how they function, and what they can do as a result of those functions.

The point to 76115 Spider Mech vs. Venom seems to have been lost during the design process, as it neither embraces the silly side of Spider-Man and his collection of unusual and unnecessary vehicles, nor channels a more mature style for the villain included. It’s a set that includes and is based around some of the most popular characters in the Spider-Man universe (Spider-Gwen’s debut in brick form is long awaited), with some of the most well-established and strongest identities. That the set fails in working out its own identity is a big disappointment.

76115 Spider Mech vs. Venom is available now at shop.lego.com. You can help support Brick Fanatics’ work by using our affiliate links.